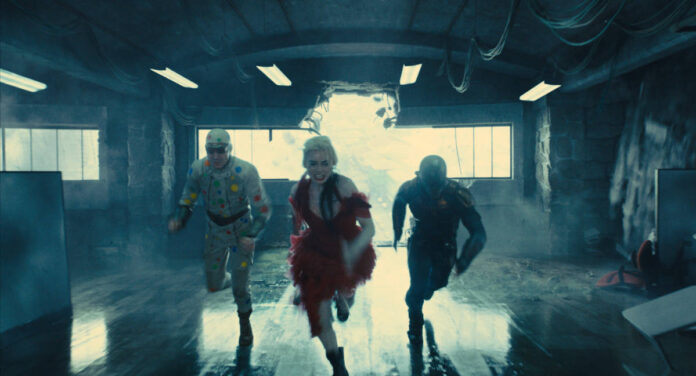 If you’ve been perusing the Internet today you probably noticed what was reported to be a leaked, cleaner version of James Gunn’s The Suicide Squad trailer. I left them alone, assuming they were probably part of some silly April Fools’ Day prank. Well, they weren’t a prank. They were real, and rather than let an ugly leak sit out there, Warner Bros. and Gunn have decided to just release an official version of the green band trailer.

It’s not too different, but if you’ve got something against F-bombs and King Shark devouring people this one’s for you. There’s also a bit more of Polka-Dot Man (David Dastmalchian) in action. The film stars Idris Elba, Margot Robbie, Viola Davis, Joel Kinnaman, Jai Courtney, Peter Capaldi, John Cena, and loads of others as the DCEU’s resident team of expendables. Sylvester Stallone, who voices King Shark, should feel right at home.

The Suicide Squad opens in theaters and HBO Max on August 6th.

‘The Suicide Squad’ Red Band Trailer: James Gunn’s New Team Of A-Holes Is Dying To Save The World