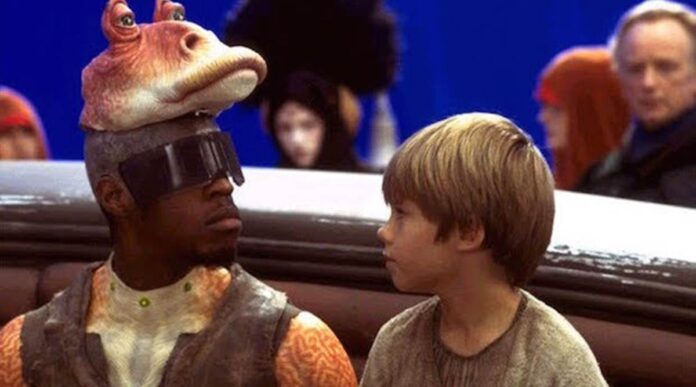 Seriously? Did we think this was actually going to happen? Look, I know there’s a whole generation that’s of age now that grew up on the prequels. I know that’s translated into a wide-spread affection for what was once hated (though I’ve always been a prequel apologist). Did we really think that was going to translate into new life for everyone’s least favorite Gungan?

At some point rumors started to swirl that amongst the characters featuring in the upcoming Obi-Wan Kenobi series at Disney+ would be Jar Jar Binks. Well, Jar Jar actor Ahmed Best, who has one of the most unfairly sad stories in Hollywood and is a template for the problems with toxic fandom, has put those rumors to rest. Best, leaving no room for interpretation, straight up responds that no, he will not be in the series, in a recent post on Twitter.

Thanks for the love, but I will not be in this series. As much as I would’ve loved to be a part of it. But I’m ecstatic to see folks who I love dearly back together doing great things. https://t.co/5bzLq9yslh

Honestly, I can think of no good spot or reason for Jar Jar to return BUT I would really like to see the redemption of Ahmed Best. Redemption is not even the right word. Here’s a guy that got his big break performing as the first fully CG realized character in freaking STAR WARS of all things. He gave his all and did what he could with the spot only to be eviscerated by toxic fans blaming him for the characters downfalls to the point where the guy became suicidal. He deserves a second run in the galaxy far far away, as a character with actual depth and appeal. He’s earned it.

Your New Marvel Obsession Is Here! Behold! 1 Full Hour Of The Zemo Dance!