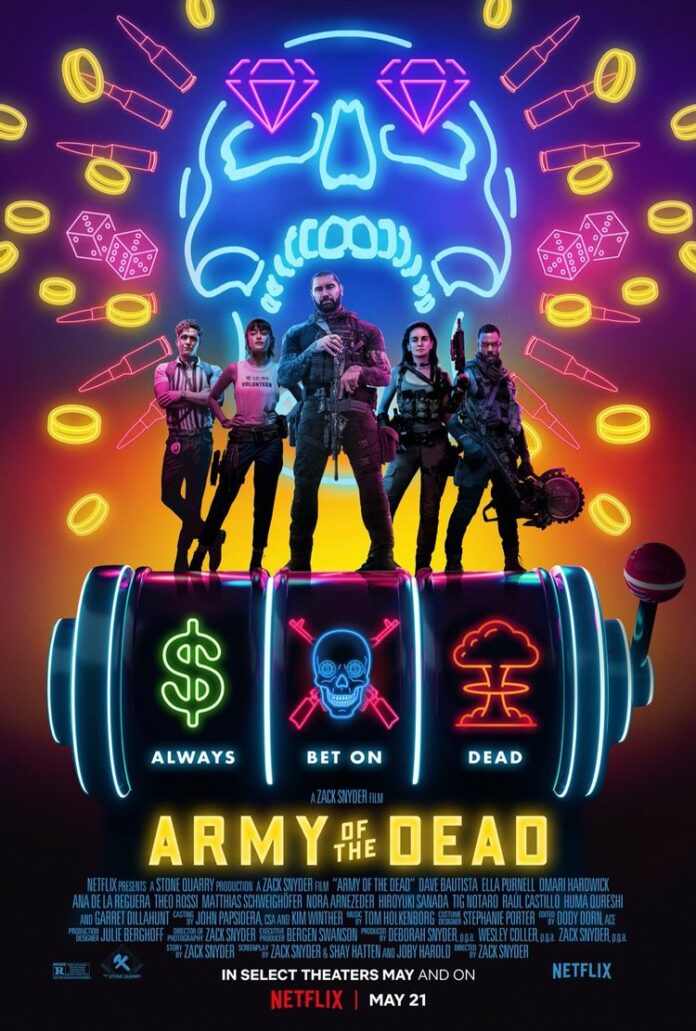 Okay, we done talking about Zack Snyder’s Justice League now? Good, because he’s got another film on the way that looks even better. A colorful new poster has been released for Army of the Dead, teasing the neon-flavored casino setting and cast led by Dave Bautista.

A Las Vegas that is ground zero for a zombie outbreak is the setting for Army of the Dead, which finds Bautista leading a band of mercenaries into the city for an insane heist. Also pictures on the poster are , Ella Purnell, Matthias Schweighöfer, Omari Hardwick and Ana de la Reguera, which suggests they are the main crew we’ll be following. Also in the cast are Tig Notaro, Theo Rossi, Nora Arnezeder, Hiroyuki Sanada, Samantha Win, Huma Qureshi, and Garret Dillahunt.

This is becoming a pretty big undertaking, too. Netflix is keen on turning Army of the Dead into a major franchise, with an anime series and a live-action prequel that will center on Schweighöfer’s character, Ludwig Dieter.

Army of the Dead hits Netflix on May 21st.

We Haven’t Heard The Last of the Snyder Cut. A Black and White Version Is Coming to HBOMax