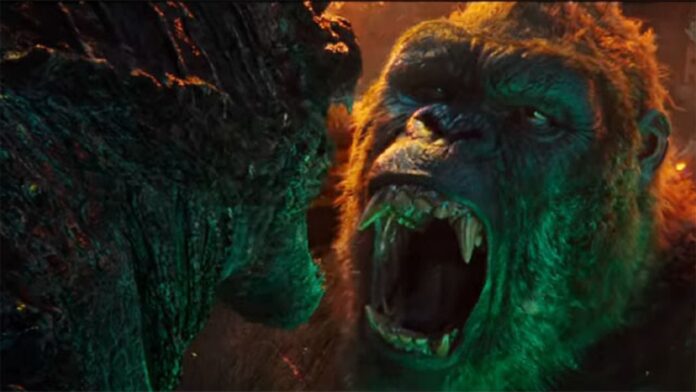 It took a giant ape and a giant lizard punching one another to revive the U.S. box office. Godzilla vs. Kong, which opened in theaters and HBO Max simultaneously on Wednesday, had a pandemic-record $48.5M debut. Throw in Monday as part of the Easter weekend and you’re looking at roughly $52M for the anticipated MonsterVerse film, overperforming analyst projections.

This is really good news for the theatrical market which has been suffering with a lack of releases, in particular the lack of blockbuster films such as Godzilla vs. Kong. Many of them have been delayed until later in the year or moved to streaming exclusively.

At the rate it’s going, Godzilla vs. Kong will pass the entire theatrical run of Tenet, which capped at $57.9M.  Worldwide, the Warner Bros./Legendary MonsterVerse film a global total of $283M, and it should easily break $300M. In normal times this would be average, but grading on a curve it looks damn good.

The other new releases this weekend was Sony and Ghost House Pictures horror The Unholy with just $3.2M.  The Sam Raimi-produced, Jeffrey Dean Morgan-starring thriller wasn’t the kind of buzzy genre film that would bring people out during a pandemic, so this isn’t surprising. It does feature one potential breakout performance from Cricket Brown, however, which will be worth seeking out down the road.