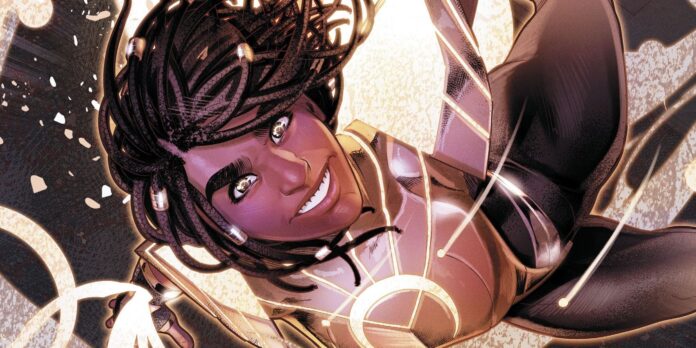 While it sucks that Ava DuVernay’s New Gods film isn’t happening, the good news is she’s far from done with the DC Universe. DuVernay is also developing Naomi, a CW series based on the popular, and fairly recent, comic series by Brian Michael Bendis. With production now underway, DuVernay has dropped the first image of star Kaci Walfall as young superhero Naomi McDuffie, racing through the halls of her school on a skateboard.

Naomi centers on a teen girl with energy powers who discovers a multiverse of superheroes after a cataclysmic event shakes her town. Setting out to uncover the truth, Naomi learns something that changes everything she thought she knew about the world’s heroes.

The series is written and exec-produced by DuVernay alongside Arrow writer/EP Jill Blankenship. It’s still unclear if Naomi will be part of Greg Berlanti’s vaunted Arrowverse, or if it’ll be separate similar to Black Lightning.