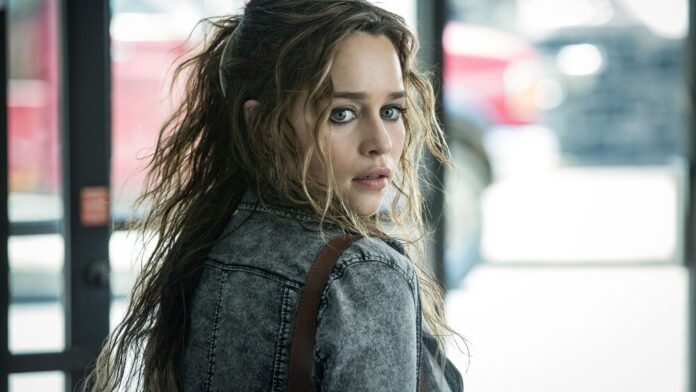 Interpersonal relationships are generally frowned upon in dangerous lines of work, for obvious reasons. You never know when feelings for another will compromise a mission, putting another’s life in jeopardy. Above Suspicion, the latest film from Salt director Philip Noyce, is a thriller that looks at just such a real-life situation for the FBI, with Emilia Clarke and Jack Huston as the lovers in question.

Based on a true-crime book by Joe Sharkey, Above Suspicion stars Clarke as a Kentucky woman who gets romantically involved with the FBI agent (Huston) she’s turned informant for. Suffice it to say, their relationship only puts them in more dangerous circumstances. If you know the true story of what happened to these two, you know the severe swerve this one takes.

So there’s a ton of talent on this beyond Noyce, Clarke, and Huston. The script is by Oscar-nominated Mississippi Burning writer Chris Gerolmo. Also in the cast are Blow the Man Down breakout Sophie Lowe, Kevin Dunn, Thora Birch, and Johnny Knoxville.

Originally set to open in 2019, Above Suspicion will now arrive in theaters and VOD on May 14th, followed by DVD/Bluray release on May 18th.

“Based on the true story of one of the most notorious crimes in FBI history, this gritty crime-thriller stars Emilia Clarke (“Game of Thrones”) as Susan Smith, a young woman desperate to escape a seedy life of crime and drugs in a Kentucky coal-mining town. When a newly minted FBI agent named Mark Putnam (Jack Huston, “Fargo”) recruits Susan as his informant for a high-profile case, she believes her bad luck may finally be changing. But as Susan and Putnam’s relationship deepens, so does the danger, setting them both on a collision course with deadly consequences.”

‘Above Suspicion’ Trailer: Emilia Clarke And Jack Huston Cause Scandal In A Small Kentucky Town