Home TV HBO Max We Haven’t Heard The Last of the Snyder Cut. A Black and...
Facebook
Twitter 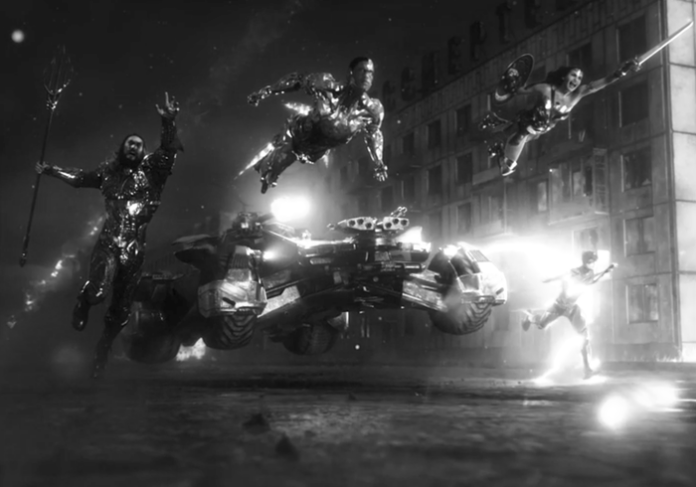 I don’t think it’s a stretch to say that the “Snyder Cut” of Justice League, or Zack Snyder’s Justice League as they’re officially calling it has been a rousing success. Outside of the 4 hour runtime fans across the board were left wanting when looking for negative critique’s of Snyder’s Opus. Yesterday we posted about an additional Joker scene that didn’t make the cut, on the cusp of that we’ve learned that there is another cut of the film coming. In the spirit of giving in to Snyder’s every whim, WB and HBOMax are set to release a black and white cut of the film to the rising giant amongst streaming services. Why? Yeah, no clue….there’s literally no change to the film outside of the color palette. I worry that the success of this film has proven the wrong point, it’s made it look like everyone should just give the directors everything they want if they want a succesful project, while that worked here it certainly won’t always. Check out this quote from Snyder:

“The ideal version of the movie is the black and white IMAX version…That, to me, is the most fan-centric, most pure, most Justice League experience”

No, Zack, buddy I love you but there’s no way that’s accurate. There’s literally no history to black and white with this property and it in no way elevates a fans appreciation. If anything it diminishes it. Comic fans, outside of a few exceptions, expect colorful, explosive spectacle. I’m not sure what you guys thing, let me know in the comments, but this highlights the one place that Snyder really needs to be reigned in, he goes full monty on the artsy takes every single time. Sometimes it works, like the slo-mo he’s so famous for. Sometimes it doesn’t, like a bunch of Norwegians singing Aquaman off back to the ocean.