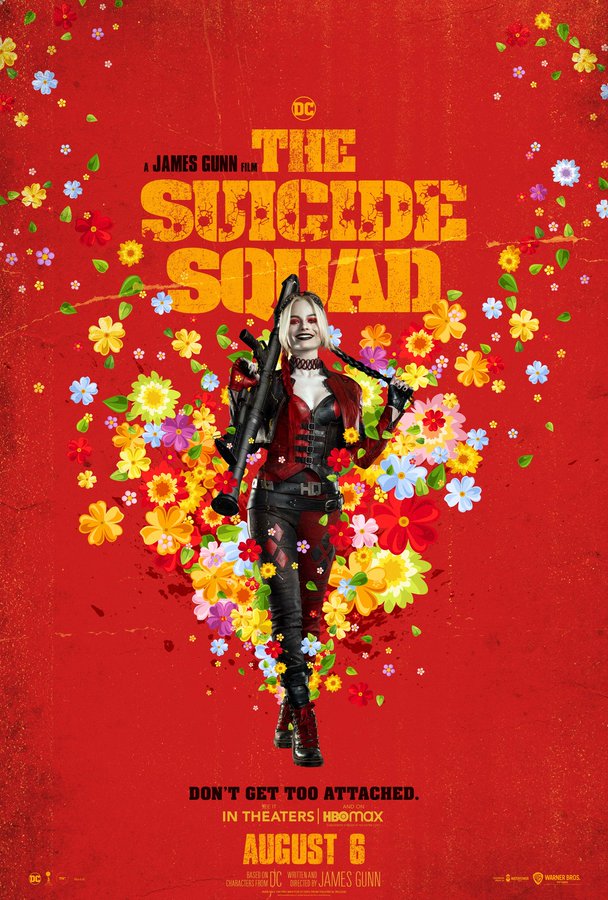 Following on the heels of the red band trailer for The Suicide Squad, Warner Bros. has dropped a bunch of character posters with one simple warning: Don’t get too attached to anybody. I mean, we saw how long some of them lasted in the first movie, didn’t we? Sorta comes with the territory. It’s in the name.

Each character poster features a member of Task Force X who may or may not live to see another movie. We’ve got Idris Elba as Bloodsport, Margot Robbie as Harley Quinn, John Cena as Peacemaker, Jai Courtney as Boomerang, Viola Davis as Amanda “The Wall” Waller, David Dastmalchian as Polka-Dot Man, Michael Rooker as Savant, Daniela Melchior as Ratcatcher, Sean Gunn as Weasel, Peter Capaldi as Thinker, and, as confirmed by the actor himself, Sylvester Stallone voicing King Shark.

If I had to make a guess based on the amount of shine they’ve been getting in promos, I’d say Boomerang is not long for this movie. That sucks since he’s such a great character, but it would make the point that this film is definitely different than the last.