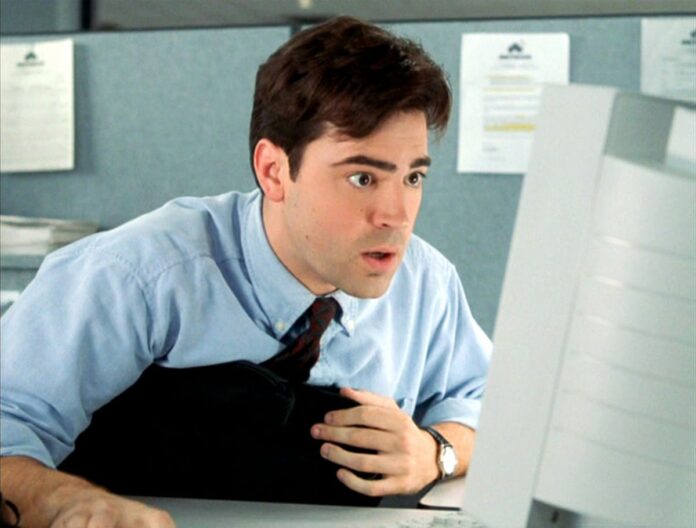 Ron Livingston took his iconic role as the irresponsible Peter in Office Space and parlaid it into a career of mostly playing guys you could trust. Never quite understood that. Anyway, he’s just landed another such role, only this time it’ll be in the DCEU as he’s replaced Billy Crudup as Barry Allen’s father in The Flash.

Variety reports Livingston will take over the role vacated very recently by Crudup, who has scheduling conflicts. He’ll play Henry Allen, falsely-imprisoned father to Ezra Miller’s Barry Allen. The deal with Crudup probably had something to do with the movie’s many delays. To get an idea just how long the film has been developing, we just saw Crudup in the role as part of Zack Snyder’s Justice League in some pivotal scenes for Flash. Clearly, they would have factored into the superhero’s solo movie. Who knows if that will still be the case.

Livingston joins Miller, Kiersey Clemons as Iris West, Sasha Calle as Supergirl, Maribel Verdu as Barry Allen’s mom, plus we’ll see Ben Affleck suit up as Batman one final time, and Michael Keaton put the Bat-suit back on (maybe) for the first time in 30 years. Other new additions to the cast include Ian Loh as young Barry Allen, plus Saoirse-Monica Jackson (Derry Girls) and Internet personality Rudy Mancuso in undisclosed roles.

‘The Flash’: Billy Crudup Out As Barry Allen’s Dad, Maribel Verdu In As His Mom