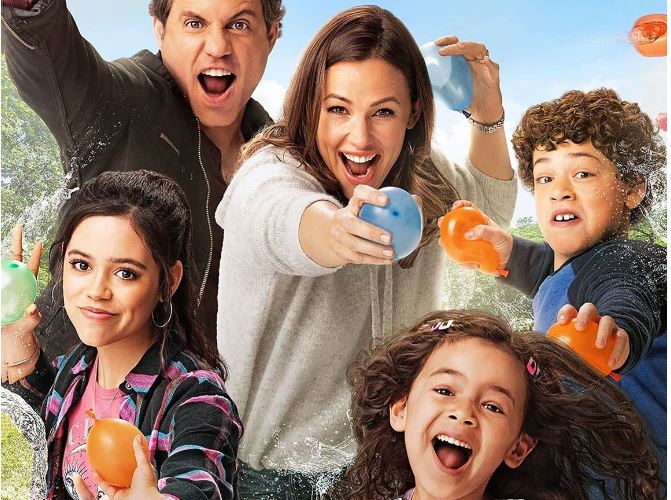 As parents, it’s our job to be gatekeepers for our kids. Sure, we love our children and want for them to get the most out of life. But of course, more times than not, we have to always play the “bad cop” when it comes to what we allow them to do. As a result, the word “no” can be said at least 200 times a day. But with all these constant “nos” being said, what would happen if just for one day, said you said “yes” to whatever our children want? Well, that gets answered in Yes Day.

Allison (Jennifer Garner) and Carlos (Édgar Ramírez) Torres have lived their whole lives full of just going with the flow and always saying “Yes” for themselves. But as soon as they have their children “No” becomes the dominant word in their vocabulary. Their three children Katie (Jenna Ortega), Nando (Julian Lerner), and Ellie (Everly Carganilla) pretty much equate their parents with dictators, to the point that Nando makes a well-edited video for his school assignment comparing their mother to Stalin, much to their parents’ surprise at a back-to-school meeting. As Alison and Carlos finally realize that they are the “old parents” who are “no fun,” they are confronted by fellow teacher Mr. Deacon (Nat Faxon) who tells them about his philosophy of “Yes Day” as a means of improving their relationship with their children. A Yes Day is just as simple as it sounds, you simply don’t say “no” to anything your child asks for 24 hours after they have earned the right to a Yes Day.

After setting some ground rules (they can’t ask for things in the future like getting a dog, they can’t travel outside of a 25-mile radius of where they live, and they can’t do anything illegal, so no killing their enemies), Alison and Carlos tell their children that if they do their chores, make good grades, and behave themselves, they can have a Yes Day. Oldest child Katie knows that their parents will fold, but still welcomes the challenge. Surely enough, the kids meet their requirements, and then they plan themselves a Yes Day.

First off the bat: these kids are psychopaths! Their planned yes day for their parents seems to be a stress test to see how much they can get away with and still remain alive. The kids literally paint their parents’ faces; they get taken out to ice cream and have to eat a $40 sundae within 20 minutes at a nearby ice cream shop, which leads to some poop humor; they have to go to a car wash (with the windows down: destroying their family car); have a paint-filled water balloon fight with random strangers; go to an amusement park, and plenty of other crazily planned events. Although this event is planned to bring the family together, hijinks happen which lands folks in jail, and even a guest appearance from R&B artist H.E.R. By the end of the film, it’s almost impossible to think that any parent would be hugging their child after the torment they were put through.

While Yes Day is a family-friendly comedy, the jokes often fall flat. The true middle line for a film like this to work is to have enough silly fun for kids to enjoy, but enough either clever adult humor or enough drama to keep their parents entertained through the movie as well. Unfortunately, Yes Day struggles with both aspects. Garner and Ramirez are doing their best to make the film work, as is Jenna Ortega as the eldest sibling who wants a little bit of independence from her parents. Unfortunately, for the most part, the film doesn’t land the way it’s intended to.

Yes Day does have some charm though. Having Garnet and Ramirez in the film as a married couple, Yes Day showcases just the right amount of diversity for the film. The Torres family often switches conversations between English and Spanish as many Latino households do, which is refreshing to see in a feature film. Screenwriter Justin Malen and director Miguel Arteta pay special attention to that aspect of the film. There are also plenty of great guest appearances from some comedians that pop up for a few moments (June Diane Raphael, Hayden Szeto, Fortune Feimster, Arturo Castro) that also works well.

If you have children, Yes Day might be a fun ride for them to spend during the weekend. Just don’t let it give them any ideas!