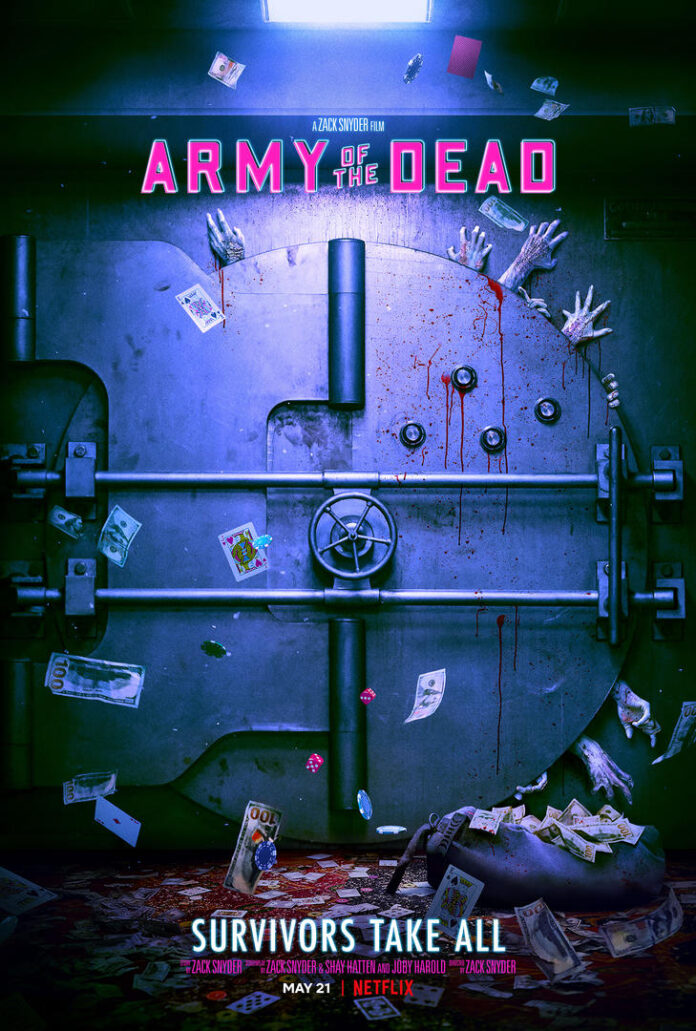 This is a good time for fans of Zack Snyder, a loyal and very vocal group as we all know. Not only will they get his cut of Justice League on HBO Max next month, but Netflix has just confirmed that his zombie flick Army of the Dead will arrive just two months later on May 21st.

And to mark the occasion, Netflix has revealed a new teaser poster providing a visual representation of the two genres Army of the Dead melds together: zombie apocalypse and heist movies.  Based on a story by Snyder, who directed and co-wrote the script with Joby Harold and Shay Hatten, the story follows a group of mercenaries who attempt the greatest heist ever in the quarantined zone of Las Vegas, site of a zombie outbreak. 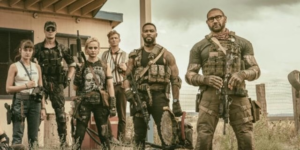 Netflix is jumped in with both feet on Army of the Dead as a franchise, as they’ve already completed a prequel film with an anime series also in the works.

Hopefully a trailer will be debuting in the coming days.