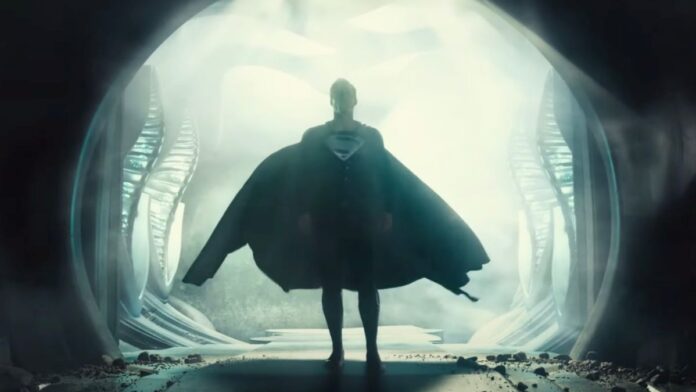 You know that mind-blowing “hero cameo” teased for the conclusion of Zack Snyder’s Justice League yesterday? Well, it’s only mind-blowing if you haven’t been following Snyder for the last couple of years. Otherwise, it’s just sorta cool, I guess.

The original announcement came from Vanity Fair, and as you probably guessed, it led to all sorts of idle speculation. That includes from yours truly, who joked about how awesome it would be if it were Ryan Reynolds suiting up again as Green Lantern. Well, the buzz grew loud enough that Reynolds had to respond…

It’s not me. But what a cool pirate flag to cameo as Hal. Maybe it’s another GL? But for me, the suit stays in the closet. I mean, computer. https://t.co/QU4NRVadiz

The folks at io9 spoke to someone close to the film and they confirm the cameo is actually Harry Lennix as…Martian Manhunter, a well-known and key member of the Justice League.

That’s great and all, fans have been eager to see J’onn J’onnz get his time on the big screen. However, it’s not really mind-blowing and is hardly a surprise. Since 2013’s Man of Steel, Lennix has been playing the role of General Swanwick, a character that also turned up in Batman v Superman. Snyder’s intention was always for that character to show up in Justice League and reveal himself to be the shape-shifting Martian Manhunter, during a scene that involved Martha Kent (Diane Lane) and Lois Lane (Amy Adams).

Furthermore, Lennix has been pretty open about his role in Justice League, recently telling Variety “[I got a call from Zack that said] “Hey, when can you come in and shoot?” So that was great. I found out that it was a possibility, or at least that Martian Manhunter was going to be in it, when he revealed through the storyboard that Martha Kent is coming by visiting Lois, and then after she leaves, she reveals herself to be, in fact, Calvin Swanwick, or the Martian Manhunter. That’s how I knew about it.”

So what’s the deal? Why did Vanity Fair suggest this was going to be such a game-changing cameo? Well, how many hardcore fanboys you know that read Vanity Fair? Probably none. They were rightfully assuming their reader base knows nothing about Lennix as Martian Manhunter, so they wanted to refrain from any spoilers. Understandable, if a little disappointing.