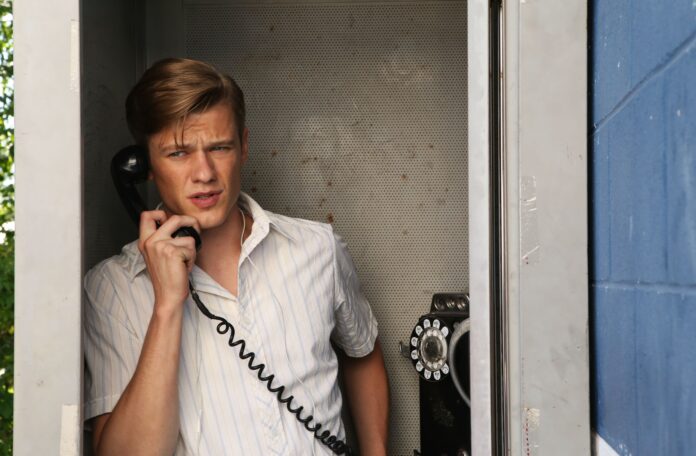 Over the past year we as Americans have seen contrasting images of race. Black Lives Matter protesters were pepper-sprayed outside the White House while the recent insurrection at the Capitol was met with little push back by police. Comparisons between sentences for white and black defendants were debated on the internet. White attendance at marches and protests rose. It’s clear the fight for racial equality isn’t just a Black issue but one for everyone.

Based on the true story of Bob Zellner (Lucas Till, X-Men: First Class, MacGyver), Son of the South is a coming of age historical drama that looks at Zellner’s path to activism. At the film’s beginning he’s newly engaged, about to graduate and go to grad school. However when he goes to a Black church meeting with Rosa Parks as the speaker, it raises backlash in his life. Faced with the choice to help or stay silent, Zellner starts to understand his privilege from the likes of future congressmen John Lewis and Virginia Durr.

Till plays Zellner without self-righteousness, in fact he’s downright cavalier. He switches pretty seamlessly between acting and reacting but completely lacks the emotional depth required to play this part. This seems to be a theme.

So many characters that were supposed to make an emotional impact on Zellner’s life couldn’t stick the landing. Supporting characters like Julia Ormond’s Virginia Durr of Cedric the Entertainer’s Ralph Abernathy pop up in the beginning and then disappear, not even given the chance to create emotional resonance.

The late Brian Dennehy, who plays Zellner’s grandfather and Klan member, gives a surprisingly understated performance. This roots the character in the real world, alluring to the real life Klan members and racists who can easy blend into society.

Directed by Barry Alexander Brown, Spike Lee’s longtime editor for films like Inside Man, Blackkklansman, Malcolm X and Do the Right Thing. Lee is also a producer on this film. No stranger to the “race movie,” Brown does his best to steer the film away from “the white savior” stereotype and focus more on Zellner’s journey to allyship.

However Brown does stumble and fall into a few of the racial tropes we’ve come to question from Driving Miss Daisy or Greenbook. Son of the South tries to straddle that line between a white savior movie and a film about allyship and the sacrifices that white people must make when they knowledge that privilege and decide to be anti-racist but can’t seem to be on the right side all the time.

Son of the South is available on-demand in select theaters. Watch the trailer below