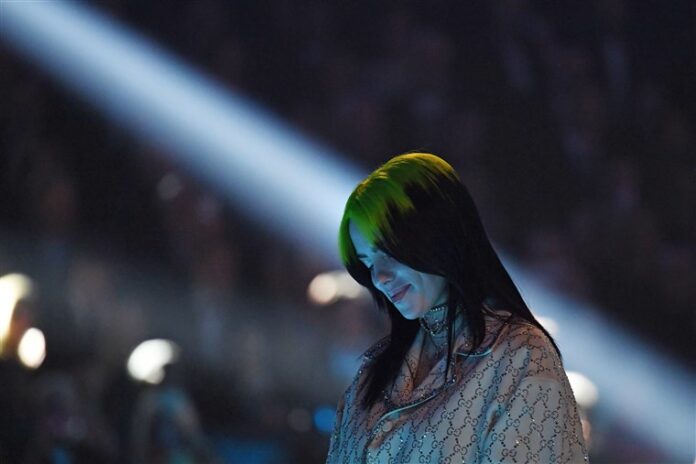 Billie Eilish has to be one of the most successful teenagers of all time. With six Grammys, over 75 million Instagram followers, and sold out shows all over the world (before COVID of course), it was inevitable that the dark and macabre popstar would have her own documentary. In the same vein as Justin Bieber: Never Say Never and Katy Perry: Part of Me, Billie Eilish: The World’s A Little Blurry offers viewers an inside look into the life, struggles, and joys of being a young famous musician, but this examination of the first real Gen Z superstar reveals something much deeper about her generation.

Following Billie over the course of two years, RJ Cutler captures Eilish’s trajectory to fame from playing night clubs to selling out stadiums. Early on we see Billie and Finneas O’Connell,  her brother and musical partner, sitting in his childhood bedroom working on licks and lines that will soon be hit songs from her album “When We All Fall Asleep, Where Do We Go.” Director RJ Cutler smartly places those moments in the very first scene, hinting to the viewer where this young singer is headed. In the same scene, Billie shows us her journal full of dark lyrics and doodles of little slinking monsters on every page, indicating her pubic persona is very real.

Cutler has a knack for following and chronicling the lives of the rich and powerful with last year’s Jim Belushi documentary Belushi and 2009’s The September Issue, following Vogue editor anna Wintour and her team creating the coveted September issue of Vogue. He gives us an intimate look into Billie’s life without crossing a line. We learn she had a boyfriend for a while, who like most first boyfriends was not the most attentive. We see how she learned to drive, get overwhelmed by meeting record executives, agonizing over negative comments, freaking out over meeting the popstar she looked up to. Culter finds the normal and genius in Eilish, reveal a smart witty artist who is deeply conflicted over the path she has meticulously curated for herself.

Cutler’s one downfall is the film too jammed packed with these moments. With a two hour and twenty minute runtime, its hard not to question every piece of footage that made the cut.

Eilish, who publicly is attached to the hip of her brother, spends most of the documentary away from him. The doc is specifically about her and not their relationship. Finneas really disappears after the making of her first album, popping up occasionally but leaving Billie to interact with her parents, Maggie Baird and Patrick O’Connell. Her mother, greatly determined to both keep Billie grounded and successful, relents about how hard it is for teenagers right now – how aware they are of their own trauma and circumstance. 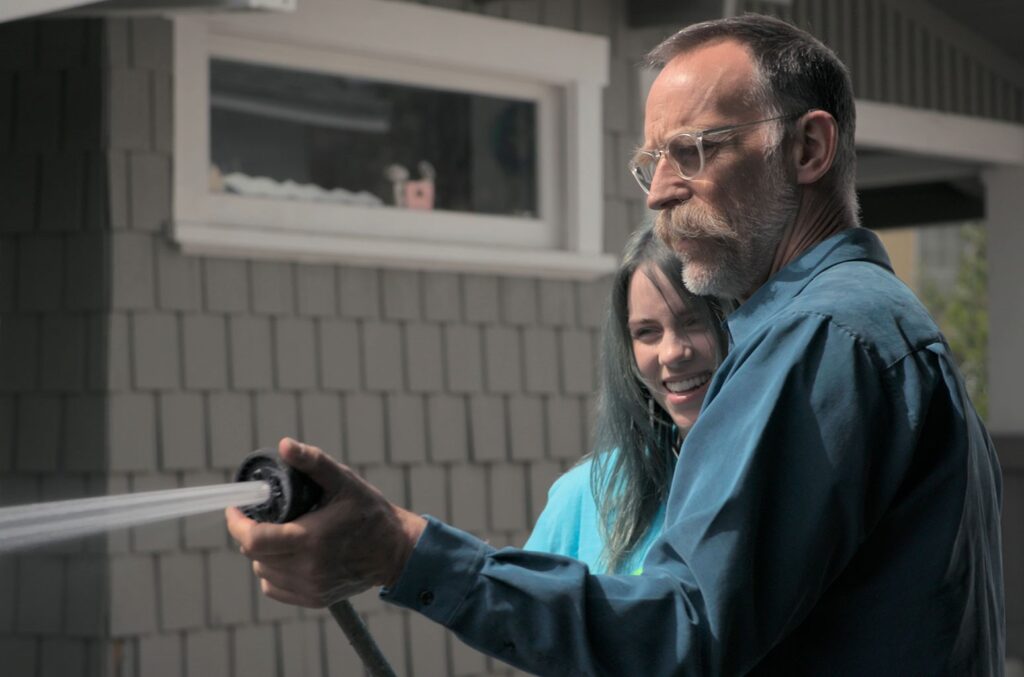 Her father Patrick, though doesn’t say much throughout the documentary, choosing to hang out and interact with the family’s scene stealing dog, Pepper. After Billie finally gets her driver’s license and drives off in her dream car, her dad gives a beautiful speech to the camera about trying to keep kids as grounded as possible. It’s in this moment its clear, that the success of Billie Eilish stems from her family and without them a very different star emerges.

The triumph of is how it ends. You know Billie Ellish and her brother win Grammys, the two create the next James Bond anthem “No Time To Die,” – to put it mildly her dreams come true. However Cutler leaves you with a foreboding feeling amidst Billie’s success. Her problems are still very much there: her Tourette’s, her perpetual need to be loved and accepted by her fans, her depression. Billie Eilish: The World’s a Little Blurry ends with the idea everything that Billie went through was for something – but that those demons will continue.

You can watch Billie Eilish: The World’s a Little Blurry on Apple TV+. Catch the trailer below.

‘Superstore’ Finale Interview: Despite The Show Ending The Cast Loves Each Other (Even Ben Feldman)