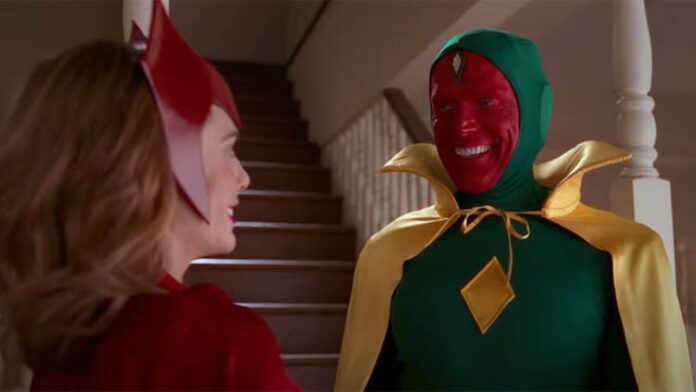 *SPOILERS for the latest episodes of WandaVision*

WandaVision continues to be one of the most unpredictable projects Marvel has ever put together. Two weeks ago we had that amazing “special guest” knocking on Wanda and Vision’s door, and last week’s episode, titled All-New Halloween Spooktacular!, had its own share of surprises and Funko is turning them into figures for you and me to buy, because you know that’s what we’re going to do. Why fight it?

We’ve seen teases of the sixth episode before, with Wanda and Vision dressed in their classic Avengers costumes. Funko even has toys announced for them already. But what we didn’t know then was that Quicksilver, now played by Evan Peters rather than Aaron Taylor-Johnson, would also be showing up in his classic blue and white gear, with the hair all spiked up at the temples. This one will be a Funko.com exclusive and arrives in March.

Also sprouting up like weeds are Billy and Tommy, Wanda and Vision’s kiddos, who are sporting their comics-accurate costumes as Wiccan and Speed as members of the Young Avengers.  These figures are available in a two-pack that will be part of this spring’s virtual Emerald City Comic-Con.