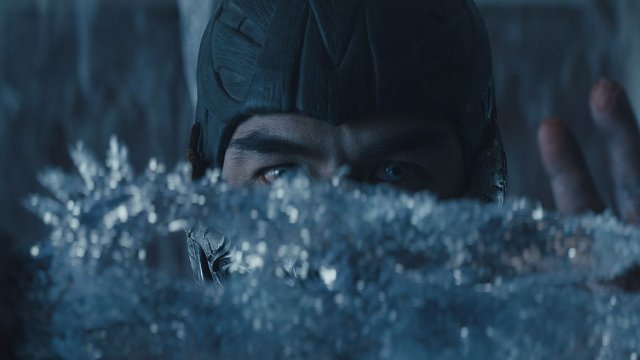 MORTAL KOMBAT! FINISH HIM! GET OVER HERE!!! Fans of the deadly brutal fighting game Mortal Kombat have been waiting years for it to return to the big screen, and as the franchise nears its 30th anniversary (!!!) what better time than now to unleash a cinematic fatality on a brand new audience? Get ready, FIGHT!!

It’s clear that for director Simon McQuoid, this Mortal Kombat was about sticking to its gory roots as faithfully as possible. Scorpion, Jax, Sonya Blade, Shang Tsung, Sub-Zero, Liu Kang, Raiden…they’re all here and ready to take part in an intergalactic fighting tournament to decide the fate of the universe. Well, everyone’s here except Johnny Cage, and to this point I don’t know if he’s even in the movie.

The footage begins with the kind of bloodshed fans of the series come to expect, as Jax (played by Supergirl‘s Mehcad Brooks) gets his arms frozen and shattered into pieces by Sub-Zero’s (The Raid‘s Joe Taslim) ice powers. We also see glimpses of klassic fatalities including Liu Kang’s transformation into a dragon that bites you in half. If you want to see someone get their heart punched out, just ask your boy Kano (played by Josh Lawson) and he’ll hook you up.

‘Army Of The Dead’ Teaser: Zack Snyder Sends Dave Bautista Into A Zombie Apocalypse To Pull Off A Heist