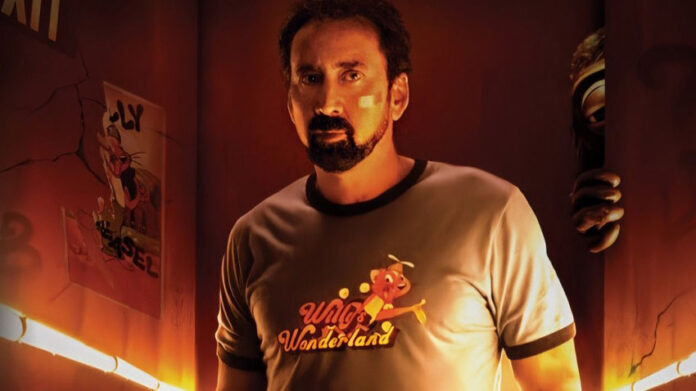 If you’ve ever been to one of those pizza places like Chuck E. Cheese you probably wanted to kick the crap out of the giant animatronic creatures. Or am I the only one who dreamed of suplexing them into the ball pit and doing a 5-star Frog Splash? Well, if you are one of those folks then Nicolas Cage has what you’re looking for. Willy’s Wonderland is all about Cage fighting animatronics, and it’s one of the movies to look forward to most in 2021.

Directed by Kevin Lewis, Willy’s Wonderland stars Cage as a mysterious drifter stuck in a small town getting car repairs. To pay off the debt he takes an overnight shift cleaning Willy’s Wonderland, a gig that sounds easy enough until the animatronic characters spring to life and try to murder his ass.

This is a super fun trailer, too. Sure, it looks like a wild ride but also kinda creepy, kinda goofy, and Cage never says one damn word the whole time. I can’t wait for this.

The Janitor (Cage) finds himself stranded in a remote town. Unable to pay the repair shop to fix his Jeep, he agrees to work off his debt by spending the night cleaning Willy’s Wonderland, an abandoned theme park full of animatronic characters that were once a beacon of fun for children to play with.

But Willy’s Wonderland carries a dark secret that The Janitor is about to discover. He’s been lured into a deadly trap, or rather, a living nightmare, as the Wonderland’s animatronic characters come to life to destroy him. The Janitor is forced to fight his way from one monster to another, trying to survive until morning.

And The Janitor doesn’t play nice.

‘Face/Off’ Remake On The Way From ‘Godzilla Vs Kong’ Director