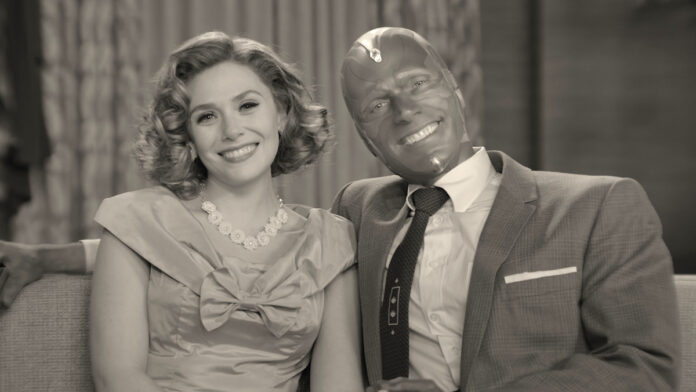 In just under 48 hours since it’s release the new Disney+ series WandaVision has edged out Black Panther to become the highest rated MCU project to date on popular review aggregator RottenTomatoes. While this is great news for the show and even well deserved, I wouldn’t expect this lead to hold. For one, reviews are still rolling in but more importantly only the first three episodes were released to critics, so basically that equates to a review of the first 20 minutes of a standard MCU film. While you can generally get a solid feel for the quality of a series after three episodes, this one is a different animal on SO many levels. I’ll stop here and point out that, while I wasn’t waiting for this with baited breath, I totally dug the first three episodes (you can check out Travis’s review here). The problem with judging the show as a whole is that these first three episodes only scratched the surface of the true nature of Wanda and Vision’s classic TV voyage. There’s a real Twin Peaks feel to the whole thing and with a 9 episode season I have a feeling that were still a month or so away from getting a real handle on what’s going on in this story.

That’s my REALLY long way of saying that I would be extremely surprised if this show stayed at the top of the list once we can assess the story/season as a whole. It’s a good show, a legitimate amount of fun….but it’s not Black Panther or Avengers: Endgame and will most likely end up somewhere in the middle of the pack. To be fair, I think they should get some bonus points for the swing they’re taking with this. Say what you want about the MCU but they certainly don’t always play it safe, and to this point they’ve never let us down.