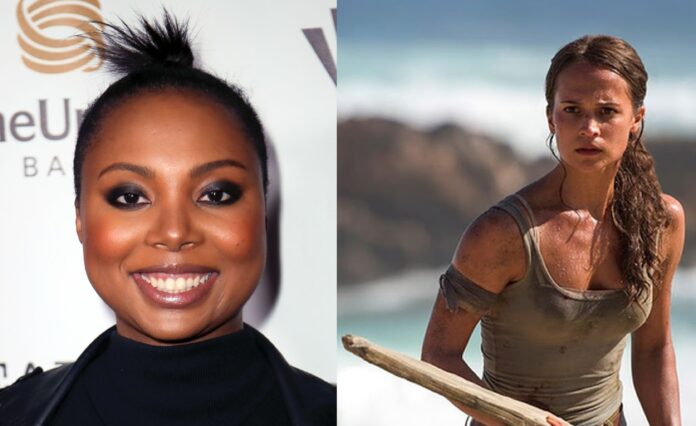 It’s only been three years since the Tomb Raider reboot staring Alicia Viklander hit theaters, but it seems like it’s been much longer. I honestly have no concept of time anymore. While the movie was fun, it wasn’t exactly embraced by audiences. Well, that’s not true, it wasn’t embraced by American audiences, earning only $54m stateside. Worldwide though the film made $254M, long story short, you’d be forgiven for not expecting a sequel, even though there have been whispers since the first film hit. News hit today that, not only is a sequel coming, but it’s being lead by the creator/director of Lovecraft Country Misha Green. She replaces Ben Wheatley (Free Fire, Rebecca), who was always an odd choice to begin with.

This is awesome for a number of reasons, all of which have me ready to sit down for adventurer Lara Croft’s next mission. First, the change in theme this implies. Once thing I thought was missing from the last film was a strong occult bend, I don’t know that this was a big part of the games but, to me, finding ancient relics hidden in a cave somewhere needs to have a supernatural aspect. If you’ve seen even one episode of Lovecraft then you know they found some astounding and supremely entertaining ways to bring the other-worldly into our world. Second, I really like that they are bringing in a strong female filmmaker to do this. It’s WAY to easy to say Lara Croft is the ‘Female Indiana Jones’, hell I almost did it twice in this article. She has to be more then that to exist on her own. The character is strong enough to take that mantle but she should do so on her own, I feel like a male perspective would just have her in a padded bra making a bunch of Indy references.

No word yet on release date or timelines, but we’ll keep you updated as news comes in right here!