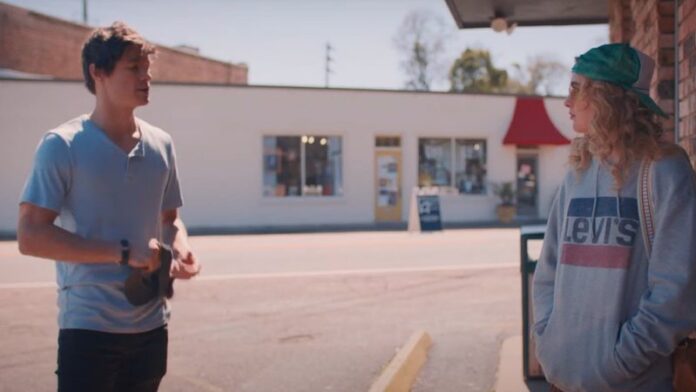 I don’t know about you, but when I hear about another time loop movie my eyes start to glaze over. It’s like everybody and their filmmaking grandmother uses this tired trope, and only occasionally do you get a true gem like Palm Springs. Well, here comes another one. The Map of Tiny Perfect Things is a little bit like last year’s hit Andy Samberg rom-com, except it features teens in a seemingly endless love story.

The cast is led by Blockers and Freaky star Katherine Newton, who has really been on a roll lately, even scoring the role of Cassie Lang in Ant-Man 3. She’s joined by Kyle Allen, Jermaine Harris, Anna Mikami, Eighth Grade‘s Josh Hamilton, CSI‘s Jorja Fox, and Al Madrigal who was fantastic in The Way Back.

SYNOPSIS:The film tells the story of quick-witted teen Mark, contentedly living the same day in an endless loop whose world is turned upside-down when he meets mysterious Margaret also stuck in the time loop. Mark and Margaret form a magnetic partnership, setting out to find all the tiny things that make that one day perfect. What follows is a love story with a fantastical twist, as the two struggle to figure out how – and whether – to escape their never-ending day.

Lev Grossman wrote the script based on his own short story, and directed for the screen by Ian Samuels.

‘The Map Of Tiny Perfect Things’ Trailer: Kathryn Newton Is Trapped In A Teen Version Of ‘Groundhog Day’