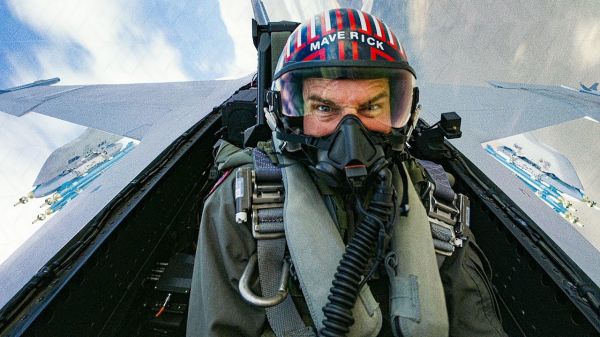 The game was changed significantly when HBOMax dropped the bombshell that the entire WB theatrical slate would be premiering on the upcoming streaming giant the same day as it premiered in theaters. Everyone else in the game began a mad dash for what major title they could claim. It would appear that Paramount decided to stick to their dual, wing-mounted .50 cal machine guns when it comes to the much anticipated Top Gun: Maverick according to a recent report from the Wall Street Journal. The report states that both Apple+ and Netflix tried to secure the distribution rights for the delayed adrenaline infusion of a sequel but Paramount would have none of it.

It’s interesting to me that studios are still holding onto opening weekend box office as a status symbol and primary revenue stream, times are changing and they need to adapt fast, or die. The real question I have though is what was the motivation behind sticking with the theatrical plan? Obviously, as mentioned previously, money and ego both play a huge part. Whichever studio delivers the movie that gets butts back in theater seats is going to have bragging rights for a long time. Still, I don’t think that’s it. I think the Tom Cruise factor had to come into play. Cruise, who appears to be immortal, is still knocking out blockbusters for the studio and he strikes me as the kind of old-school star that would be vehemently opposed to his film coming out on streaming, viewing it as a sort of consolation prize.

Whatever the reason, you can rest assured that, while Paramount didn’t budge, other studios won’t stand so firm, especially as the days drag on with no end in clear sight. We should all brace for another round of announcements that those major films we’ve been waiting a year for have either been pushed further or will be coming to a small screen near you.