I think it can be said fairly that Netflix really asserted some dominance during the pandemic year of 2020, with most of our entertainment relegated to streaming. Well, it’s 2021 now and Netflix is not letting their foot off the gas. In fact, they’re out to prove that this year will be even better, and based on this trailer for their upcoming slate they’ve got the star power and the big-time projects to do it. 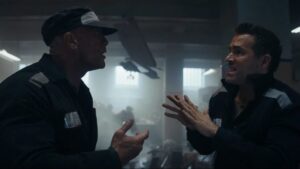 This is barely scratching the surface, too. You also see the sequels to The Kissing Booth and To All The Boys I’ve Loved Before. We only get a show of strength like this from Disney every now and then, and Netflix is clearly on that level or very close to it.

Here’s the full list of films in the teaser (thank you ThePlaylist), which you can check out below.