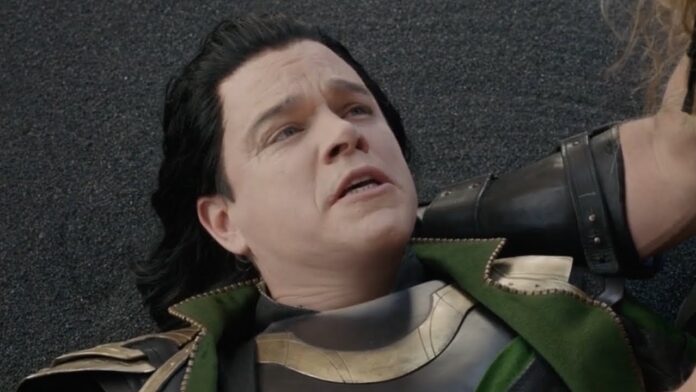 Look, nothing is ever going to top Matt Damon’s incredible Eurotrip cameo. His rendition of “Scott Doesn’t Know” will go down in the record books as one of the all-time great “what the fuck?” moments on the big screen. However, he has another great guest appearance as part of the MCU. That’s right. Matt Damon is part of the Marvel Cinematic Universe for his brief role as a stage actor playing Loki in Thor: Ragnarok. Surely, that was the end of his time with Marvel, right?

Well, maybe not. It’s being reported by news outlets in Australia that Damon is there right now shooting scenes for Thor: Love & Thunder. Damon and his family were spotted in Sydney, which is where the production is taking place.

Considering that much of the Asgard population has been wiped out by Thanos, and another chunk of it was devastated by Hela, there aren’t many surviving Asgardians. The remainder now live on Earth in New Asgard, which is being run by Valkyrie. Somehow Damon’s character survived it all to act another day!

Sure, Damon could be doing something different, like voicing a CG character or playing someone new. But what fun is that? I prefer to believe his hammy actor character was made of sterner Asgardian stuff than we thought.