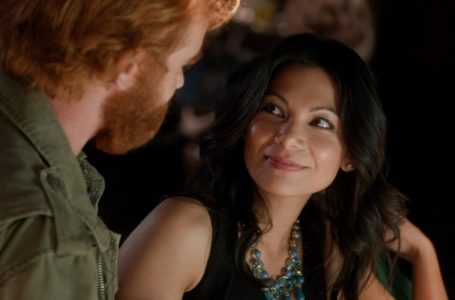 Marvel is taking some really fun, big swings with their Disney+ shows. The whole classic  TV sitcom aspect of WandaVision is pretty cool, and with the upcoming She-Hulk series they’re attempting a half-hour legal comedy which I can only imagine will resemble Ally McBeal. With Tatiana Maslany set to play the mean, green attorney Jennifer Walters, joining her in the cast is Kidding actress Ginger Gonzaga.

Deadline reports Ginger Gonzaga has joined Tatiana Maslany in the She-Hulk cast. In the comics, Jen Walters gains the powers of the Hulk via a blood transfusion by her cousin, Bruce Banner. Mark Ruffalo will also appear in a supporting role, along with Tim Roth reprising as the Abomination. Walters might be green, super powerful, and savage, but for the most part she retains her normal human intellect and ability to communicate.

As for Gonzaga’s role, it’s said she’ll be playing Walters’ best friend, which sounds like it could be fellow superhero Patsy “Hellcat” Walker. She’s a private detective who possesses a magical cloak that allows her to sense and deflect mystical powers. Hellcat was also a member of the Avengers, so if the character sticks around don’t be surprised if she appears on the big screen at some point.

Of course, this is all speculation. It could be someone totally new. The Hellcat character was most recently seen in the Jessica Jones series on Netflix, played by Rachael Taylor. I’m sure there are some fans out there who are a bit depressed that what could be the first character to make the leap from Netflix to the true MCU has been recast.

She-Hulk will be directed by Kat Coiro and Anu Valia with Jessica Gao writing the scripts. It will likely arrive on Disney+ sometime in 2022, but with so many Marvel Studios shows coming to the network a lot could change in terms of timing.