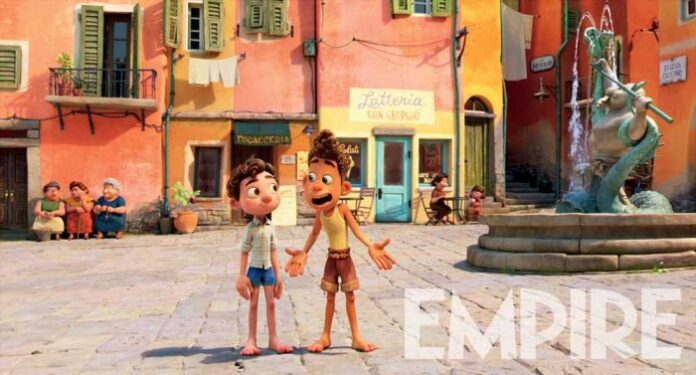 Pixar has taken us to some really incredible places with its most recent films, from the inside of a teen girl’s mind, to the pre-existence of a human soul, to a fantasy world populated by elves, and to the Mexican Land of the Dead. By comparison, the Italian Riviera locale of their upcoming film, Luca, isn’t nearly as fascinating but as we know when it comes to Pixar, there’s often much more than meets the eye.

Luca, which is set on the gorgeous Italian Riviera and based in part on the childhood of La Luna director Enrico Casarosa, is described by Empire as “a Little Mermaid riff.” The story certainly sounds like it, too. The story follows Luca and his pal Alberto, who are making the most of their Italian summer on land, but are actually sea creatures. The duo  “get to experience life up where they walk, run, and stay all day in the sun – befriending a human girl along the way.”

“I was born in Genoa, and my summers were spent on beaches,” Casarosa said. “I met my best friend when I was 11. I was really shy and I found this troublemaker of a kid who had a completely different life. I wanted to make a movie about those kinds of friendships that help you grow up.”

Casarosa counted Hayao Miyazaki as one of his influences and you can definitely see that both in the animation and in the story, which sounds positively Studio Ghibli-esque.