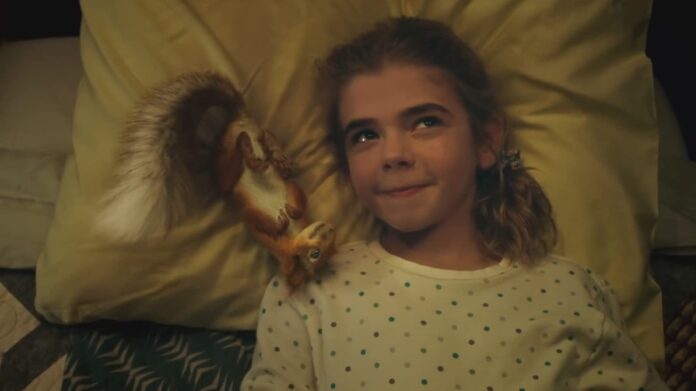 What do you get when you mix Alvin and the Chipmunks with kid-friendly superhero action? You get Flora and Ulysses, a live-action/CG movie coming to Disney+, and it’s about a squirrel who has super-abilities. Sounds unbearable? Well, you might be right but the kids will probably eat it up.

So yeah, this looks like something to keep the children occupied. However, it’s based on the Newberry Award-winning book by Kate DiCamillo, so maybe there’s more to it than meets the eye? The cast certainly suggests there might be, although personally I think Disney would be better spent getting Marvel going on a Squirrel Girl movie.

Behind the camera is Lena Khan, who previously directed Pudi in The Tiger Hunter. She’s working from a script by Spies in Disguise writer Brad Copeland.

Disney+ will debut Flora and Ulysses on February 19th.

Based on the Newbery Award-winning book, Flora & Ulysses follows 10-year-old Flora, an avid comic book fan and a self-avowed cynic, whose parents have recently separated. After rescuing a squirrel she names Ulysses, Flora is amazed to discover he possesses unique superhero powers, which take them on an adventure of humorous complications that ultimately change Flora’s life–and her outlook–forever.