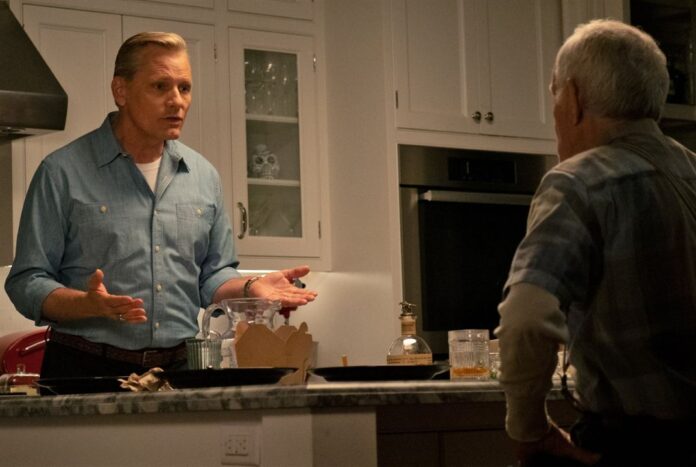 Viggo Mortensen has always been one of the more thoughtful actors around, with a head for the business that made him an obvious choice to become a director himself someday. Well, that time is now. Last year at Sundance he premiered his directorial debut, Falling, a film that deals with issues close to the actor’s heart, while also offering veteran actor Lance Henriksen a career-best role.

Falling stars Mortensen as a gay man struggling with his father’s dementia, which has made his already-volatile, deeply homophobic personality even worse.  It’s a film that deals heavily with identity, and how the perspective of others impacts how we view ourselves, but also family loyalty under the most trying of circumstances.

The film was an Opening Night title at Sundance last year, when I felt it was a solid if unremarkable effort. It’s clear that Mortensen feels strongly about the material and I can see him doing even more stuff behind the camera that speaks to him personally.

Falling examines the dynamic of father/son relationships driven by both generational and geographic divides. John (Mortensen) lives with his partner, Eric (Terry Chen), and their adopted daughter in Los Angeles, far from the traditional rural life he left behind years ago, while his conservative father, Willis (Henriksen), who is facing early stages of dementia, lives alone on the isolated farm where John grew up. When John brings Willis to California in an attempt to relocate him closer to family, their complex relationship unfolds through a heartfelt and abrasive tale that will speak to everyone who has struggled with a parental relationship.