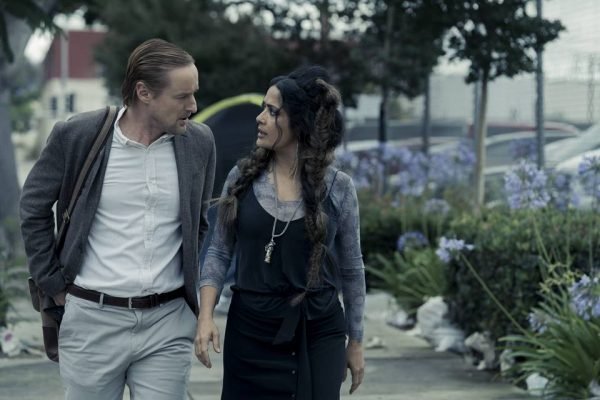 If you know the work of filmmaker Mike Cahill, then you know high-concept sci-fi is his thing. With Another Earth and the excellent I Origins to his credit, there’s reason to trust any time Cahill tackles the genre as he does with Bliss, a Matrix-esque film starring Owen Wilson and Salma Hayek.

Wilson plays a man who is basically offered the “blue pill” or “red pill” choice. After having recurring dreams of a mysterious woman, he eventually comes across her in the real world, only to have her reveal they are actually in a technological simulation. When the ugliness of reality starts to bleed into their blissful simulation, they must figure out what’s real and what’s not.

Also in the cast are Madeline Zima, DeRon Horton, Jorge Lendeborg Jr., Steve Zissis, and Joshua Leonard. Cahill not only directs but wrote the script.

‘Loki’ Trailer: Tom Hiddleston’s God Of Mischief Is Stuck In A Cross-Time Caper