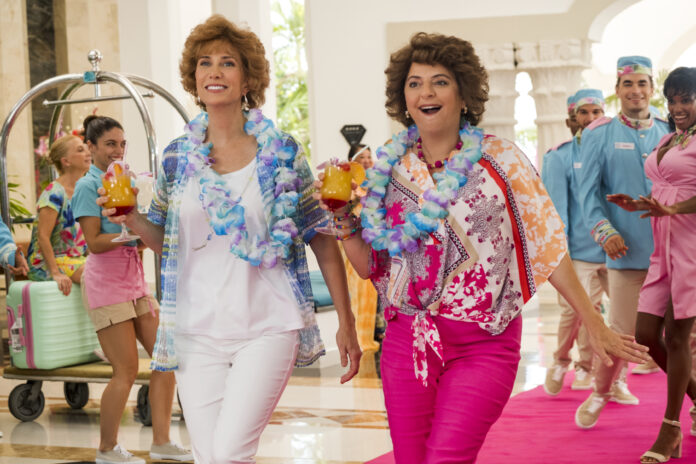 We could all use a laugh right? Well, we’ve got you covered this Monday morning. Lionsgate has released its official trailer for their upcoming comedy Barb and Star Go To Vista Del Mar, out February 12th. Written by and starring Kristen Wiig and Annie Mumolo, the writing team behind the 2011 smash hit Bridesmaids, the film’s official synopsis is as follows:

Two best friends, Barb and Star, leave their small Midwestern town for the first time to go on vacation in Vista Del Mar, Florida, where they soon find themselves tangled up in adventure, love, and a villain’s evil plot to kill everyone in town.

The teaser does’t give too much to go off of, making fun of movie trailers and teasers in general in the process. We just see two iconic wigs talking about what their movie would be like. The film also stars Jamie Dornan, Damon Wayans  Jr., Fortune Feimster, Wendi McLendon-Covey, Rose Abdoo, Vanessa Bayer, Phyllis Smith, and Kwame Patterson. It was directed by Josh Greenbaum.

I’m personally very excited for this film. I love a good midwestern accent. I love Bridesmaids. I’m in the mood for a silly comedy. Bring it on Barb and Star. Bring it on.

Barb and Star Go To Vista Del Mar will be released on demand to rent on February 12th. Check out our gallery below.