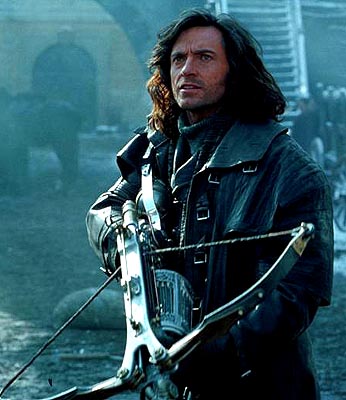 Universal continues to trot out its many classic horror characters, and while the Dark Universe idea may be dead, they do seem to be following the same formula. The latest is a new take on Van Helsing, the famous monster hunter introduced in the pages of Bram Stoker’s Dracula. And just as big names were attached to Universal’s most recent horrors, they’ve landed James Wan to make this one a reality.

Deadline reports James Wan will produce a new Van Helsing film, naturally drawing on his experience as part of the Saw, Insidious, and The Conjuring franchises. Nearly as exciting as Wan’s involvement is the hiring of Julius Avery as director, coming off his freakish hit Overlord from a couple of years ago. Given the gory Nazi madness he was able to bring to bear on that one, it’ll be interesting to see what he does with the slayer of monsters.

Van Helsing has grown to mean more than just the individual man who sought to rid the world of vampires. It has come to represent an entire family line, seen in various movies, TV shows, novels, and anime. The best-known attempt to relaunch the character was 2004’s Van Helsing, which starred Hugh Jackman and was directed by The Mummy filmmaker Stephen Sommers. That film used an over-the-top, cartoonish style of action and drew from all across Universal’s library of characters. It also earned $300M but cost a fortune to produce.

‘Godzilla vs. Kong’ Pushed Back A Week, James Wan’s ‘Malignant’ Set For September