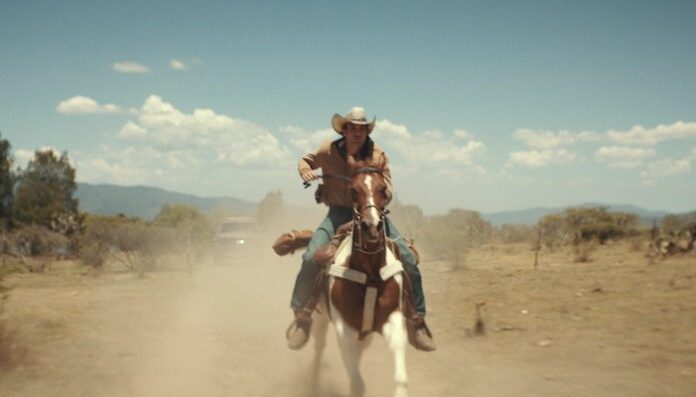 In recent years many a film has endeavored to show the deadly conflicts taking place on our southern border, whether it be due to immigration, the drug war, or both. And now the film No Man’s Land is another, a modern Western that is part family drama and a story of redemption.

Frank Grillo, Jake Allyn, Andie MacDowell, and George Lopez star in the film about a father and son working the Texas/Mexico border. When the son accidentally kills a Mexican immigrant, it sounds him fleeing to the south where he’s forced to live in the shadows among the people, and the land, he’s always been taught to hate.

The cast also includes Jorge A. Jimenez and Esmeralda Pimentel.

It’s a pretty cool story, one that was co-written by Jake Allyn and directed by his brother, Conor Allyn.

SYNOPSIS: “Border vigilante Bill Greer (Frank Grillo) and his son Jackson (Jake Allyn) are on patrol when Jackson accidentally kills a Mexican immigrant boy. Bill tries to take the blame but Texas Ranger Ramirez (George Lopez) sees through the lie, spurring Jackson to flee south on horseback across the Rio Grande to become a gringo “illegal alien” in Mexico. Chased by Texas Rangers and Mexican federales, Jackson journeys across deserts and mountains to seek forgiveness from the dead boy’s vengeful father (Jorge A. Jimenez), as he falls in love with the land he was taught to hate.”