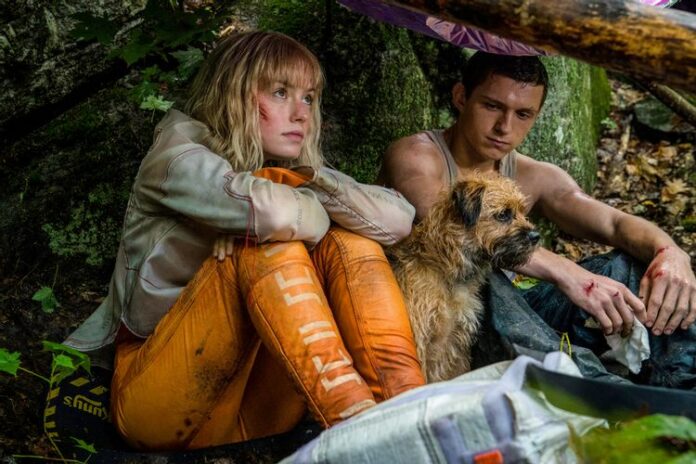 Chaos Walking is once again a Hollywood punchline. The oft-delayed dystopian sci-fi thriller is getting pushed back again, meaning we’ll have to wait another couple of months to see if Tom Holland and Daisy Ridley can revive the YA genre.

According to Variety, Lionsgate has made the decision to delay Chaos Walking to March 5th 2021, two months after its previous January 22nd date. Then again, it’s still two whole years after the FIRST release date in March 2019, which goes to show the level of discord there’s been during production.

In the works for roughly a decade, the initial draw was that it had a script by the brilliant Charlie Kaufman of Eternal Sunshine of the Spotless Mind fame. But the adaptation of Patrick Ness’ first novel in the series would go on to have a series of screenwriters attached, including John Lee Hancock and Gary Spinelli, until Ness decided to do it himself along with co-writer Christopher Ford.

With Doug Liman as director and red-hot stars in Holland and Ridley, few would’ve expected the first cut to be deemed “unreleasable”, but that’s exactly what happened. Reshoots were ordered, which caused further delay, made worse by the stars’ busy schedules and a little thing called COVID-19.

At this point, even a March 2021 date seems unlikely to stick. Theaters won’t be back in full shape by then, and with so many movies going to streaming Chaos Walking seems like a prime candidate for the same.

While this is all bad news, Lionsgate clearly still has confidence in the film and have released the first official clip. The footage reveals the first meeting between Holland’s character Todd Hewitt, and Ridley’s mysterious Viola.

SYNOPSIS: In the not too distant future, Todd Hewitt (Tom Holland) discovers Viola (Daisy Ridley), a mysterious girl who crash lands on his planet, where all the women have disappeared and the men are afflicted by “the Noise” – a force that puts all their thoughts on display. In this dangerous landscape, Viola’s life is threatened – and as Todd vows to protect her, he will have to discover his own inner power and unlock the planet’s dark secrets. From the director of The Bourne Identity and Edge of Tomorrow and based on the best-selling novel The Knife of Never Letting Go, Daisy Ridley and Tom Holland star with Mads Mikkelsen, Demián Bichir, Cynthia Erivo, Nick Jonas, Kurt Sutter, and David Oyelowo in Chaos Walking.