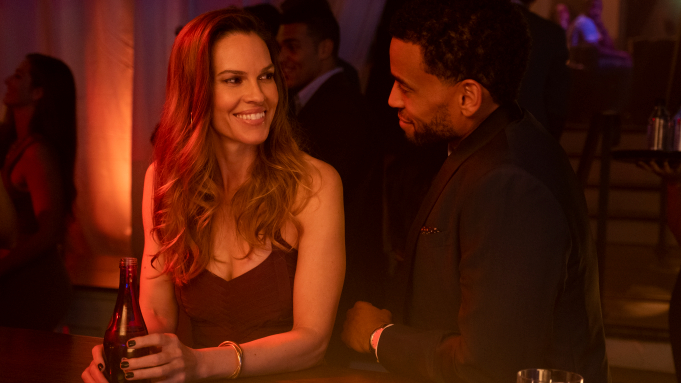 Even if most of the 2020 films hadn’t fled to 2021, there’d still be reason to be excited for Fatale, the steamy/campy thriller that is clearly shooting for a Fatal Attraction vibe. While it doesn’t look like Hilary Swank quite reaches the “boiling rabbit” phase of adulterous lunacy, she appears quite crazy in her affair with Michael Ealy.

The film comes from director Deon Taylor, who has shot up the ranks quickly with a double barrel of 2019 thrillers, The Intruder followed by Black & Blue. With Fatale, he’s working from a script by David Loughery (Obsessed) that finds Ealy as a married sports agent whose one-night fling with a mysterious woman, played by Swank, turns into a nightmare when she’s revealed to be a detective who isn’t ready to let go.

Fatale‘s bounced around the release schedule due to COVID-19. Originally set to open back in June, it was delayed to October 30th and then expected to arrive in 2021 as so many other films have done. Lionsgate noticed the lack of new offerings this year and made the bold decision to move it up for a December 18th theatrical debut.