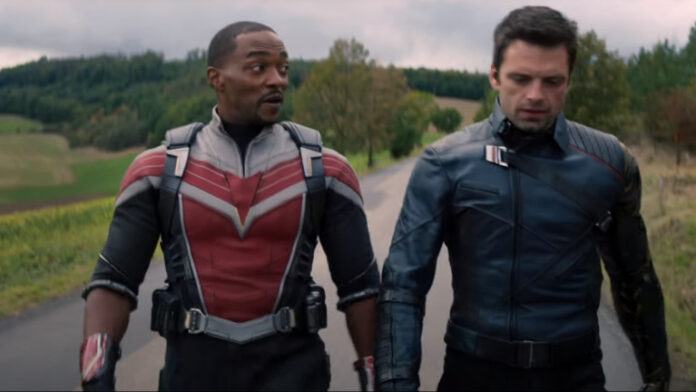 There was a time when Falcon and the Winter Soldier was to be the first of Marvel’s shows to debut on Disney+. That changed due to, you guessed it, the pandemic, but it may have been for the better. The series, which teams up Anthony Mackie and Sebastian Stan as the Avengers buds, has been set for next March during what is shaping up to be an incredibly packed year of superhero projects from Marvel. Hey, what better way to make up for a year when we got absolutely nothing?

Disney’s Investors Day conference continues to reap dizzying rewards with the first trailer for Falcon and the Winter Soldier. Based on what we’re seeing here, it looks like a spiritual followup to Captain America: The Winter Soldier, while exploring what it means to be Captain America in the modern day. That would make sense considering the mantle is pretty much up for grabs, right?

Also in the cast are Daniel Bruhl who returns as Baron Zemo, Emily VanCamp as Agent 13 Sharon Carter, Wyatt Russell as John Walker aka USAgent, and Georges St-Pierre who is back as Batroc.

Falcon and the Winter Soldier hits Disney+ on March 19th 2021!

Rumor: ‘Falcon And The Winter Soldier’ Has Cast Elijah Richardson As Patriot