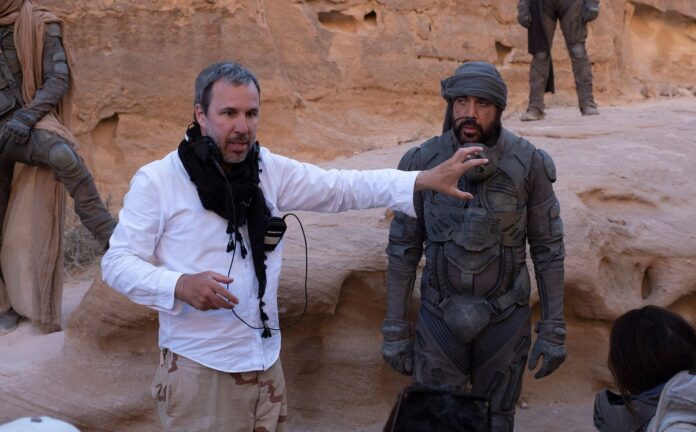 As expected, Christopher Nolan is just the first top filmmaker to express disappointment at WB’s move to release their 2021 slate in theaters and HBO Max. According to insiders speaking with Variety, Dune director Denis Villeneuve is also “unhappy” at the decision, while stars are also beginning to express their dissatisfaction because they still want their money.

Villeneuve directed Dune, an adaptation of Frank Herbert’s cherished sci-fi novel, with the plan for it to be a blockbuster event on the big screen. More than that, it’s to be the first of two films, and it’s unclear if the sequel would need to follow a similar release strategy.

Legendary Pictures, who co-financed a large chunk of Dune‘s production budget, is said to be eyeing legal options to stop WB from releasing the film on HBO Max. Nothing has been done yet. It’s possible WB choose to try and buy the movie outright, which could be a gamble given the expense and possible low rate of return.

Meanwhile, The New York Times reports on the stars of WB’s 2021 slate who are also unhappy with the decision. The actors included are Denzel Washington (The Little Things), Margot Robbie (The Suicide Squad), Will Smith (King Richard), Keanu Reeves (The Matrix 4), Hugh Jackman (Reminiscence) and Angelina Jolie (Those Who Wish Me Dead).

These are not the talents WB wants to be pissing off. Specifically what they are angry over is that Gal Gadot and Patty Jenkins were approached early before the decision was made to release Wonder Woman 1984 on HBO Max, and a $10M payday negotiated to make up for the loss on backend deals. Others are upset the same consideration wasn’t given across the board.

‘Sex And The City’ Revival Coming To HBO Max