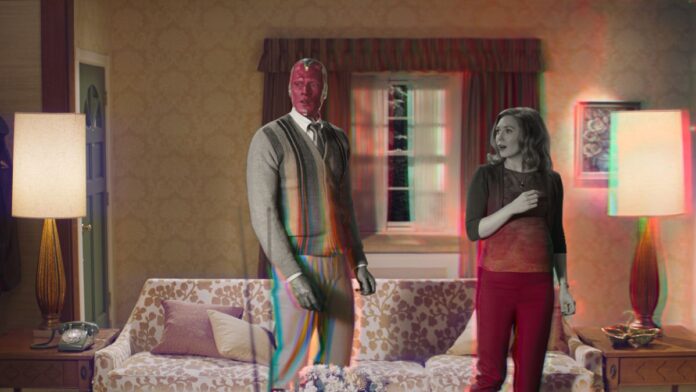 For a character that was established in Avengers: Age of Ultron, let’s be honest, the most forgettable of the big teamup Marvel films, Scarlet Witch quickly grew into one of the most vital. She was integral to the defeat of Thanos in Avengers: Endgame, and that was without tapping into a fraction of her powers. All that is about to change, however, as WandaVision looks to explore the full nature of Wanda’s abilities, as well as the fragile mental psyche that has always defined her.

Speaking with Empire, Kevin Feige talks about the WandaVision series, its odd sitcom-style concept, and what it will mean to one of the most powerful characters in the MCU…

While it appeared initially that Wanda and Vision were stuck in a world recreated to resemble classic television comedies, the trailer showed a steady progression to styles mimicking current programs.

“We go up to the ‘Modern Family’ and ‘The Office’ style,” Feige said. “The talk-to-the-camera, shaky-camera, documentary style.”

WandaVision hits Disney+ on January 15th. Check out some more new images below.