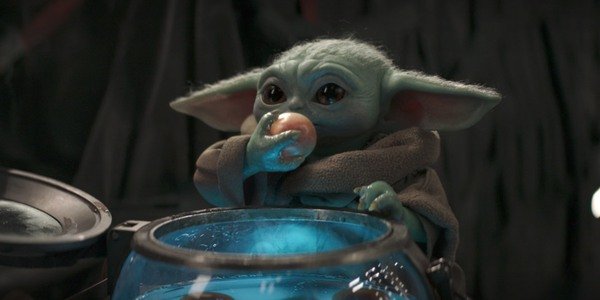 This episode of The Mandalorian is going to frustrate people. How do I know? Because it frustrated the Hell out of me.

So the big return episode last week gave us a lot of cool stuff like Timothy Olyphant’s Cobb Vanth, the Boba Fett armor, a friggin’ Krayt Dragon, and a tease of enormous significance. This week’s chapter, titled The Passenger, is much smaller in scale and diverts completely away into a standalone story in which Mando battles another giant creature.

Since when did The Mandalorian become a creature-of-the-week show? Is this season one of Buffy or something?

Keep in mind this doesn’t mean the episode was bad. Not at all. It just might be the least significant chapter we’ve seen up to this point, infused as it is with plenty of big action and humor courtesy of Ant-Man director Peyton Reed.

Beginning on Tatooine, things kick off with an ambush that not only causes Mando aka Din Djarin to get roughed up, but also for The Child to get roughed up and held captive. They’re really playing up Baby Yoda’s infantile personality this season. His squeaks and squeals are cuter but also more pronounced, and he can’t stay out of trouble. There’s a fun jetpack moment in this sequence, too, that is best left unspoiled.

A meeting with Peli Moto (Amy Sedaris is looking like a series regular now, and I’m good with that) sets them back on the path to find more Mandalorians, but the price is that they’ll have to escort an alien mother carrying very special cargo. For hyperspace-free ride to a neighboring planet she’ll provide info on a hidden group of Mandalorians.

Seriously, these Mandalorians don’t seem all that hard to find. People have knowledge of them everywhere, and I’m beginning to think it might be a good idea not to mention them for a while. Make us forget about them to maintain the secrecy. I want to be surprised when they finally turn up.

The Rebel Alliance’s presence in the Outer Rim is finally felt during a humorous back-and-forth with a pair of X-Wing pilots. A failed escape attempt in the Razor Crest leads to a crash-landing on an icy cave populated by xenomorph-like creatures straight out of Alien. Credit to Reed for giving off some serious horror vibes here, and at one point it really did feel like someone in Mando’s little party was doomed. Considering the nature of the package being delivered, we don’t want to see any of them getting hurt.

That said, that precious cargo is also part of the episode’s most-recurring gag. Baby Yoda, giving serious “terrible twos” vibes, can’t keep his hands to himself and eats EVERYTHING. This is not only gross considering what he keeps ingesting, but also tragic since what he keeps swallowing is the very thing they are trying to transport. Reed plays all of this up for jokes, though, and I expect many a GIF will be made of Baby Yoda popping these things into his cute little face.

Coming off the heights of the prior episode, this one just feels like a major step down, with a narrative framework that is becoming stale. Like I said last week, this season is going to depend on how the major reveals are handled, and this episode was about kicking that can down the road.