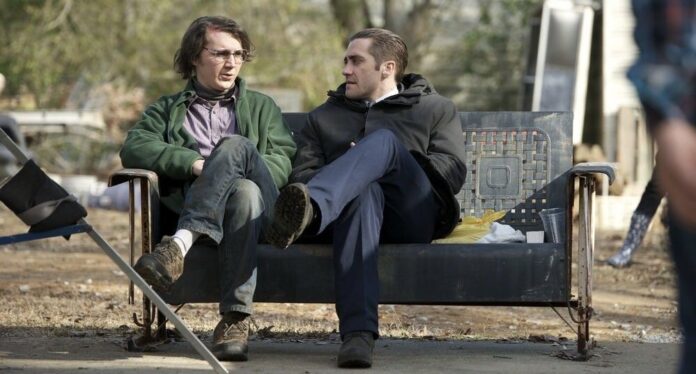 As if a reunion between Jake Gyllenhaal and his Southpaw director Antoine Fuqua wasn’t intriguing enough, that it would be on a remake of Danish thriller The Guilty from True Detective creator Nic Pizzolatto, and Netflix was willing to shell out big bucks to acquire it were more reasons to be curious. But now the project just shifts into must-see mode with a number of starry additions to the cast, including someone Gyllenhaal previously worked with on Prisoners.

Deadline reports Ethan Hawke, Paul Dano, Riley Keough, Peter Sarsgaard, and many more are coming aboard The Guilty. Dano and Gyllenhaal did work together on Prisoners some years back, delivering some of the finest performances of their careers.

But check out the other supporting players that are joining them: Dolemite is my Name‘s Da’Vine Joy Randolph, Bill Burr of The King of Staten Island, plus Byron Bowers, The Umbrella Academy‘s David Castaneda, Beau Knapp, Edi Patterson, Adrian Martinez, and Christina Vidal.

The Guilty follows a day in the life of benched police officer Joe Baylor awaiting his trial by working the 9-1-1- desk. He receives an emergency call from a woman who claims to be kidnapped and in grave danger, only for Joe to realize that not is all that it seems.

No start date has been given, but this one is going to have a lot of eyes on it.

The ‘Sinister’ Duo, Ethan Hawke and Scott Derrickson Reunite for ‘The Black Phone’