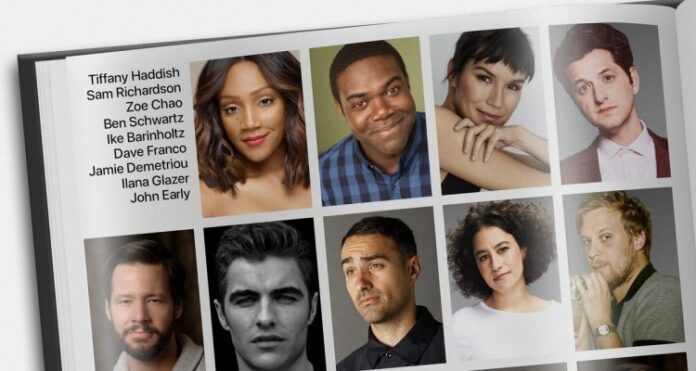 The Afterparty is an AppleTV+ series that will star Tiffany Haddish, Sam Richardson, Zoe Chao, Ben Schwartz, Ike Barinholtz, Ilana Glazer, Dave Franco, Jamie Demetriou, and John Early. Do you REALLY need to know anything more? I mean, come on. Well, how about that it comes from 21 Jump Street and The Lego Movie‘s Phil Lord and Chris Miller?

Apple has announced an incredible cast for The Afterparty, the upcoming series by Lord and Miller. Lord will exec-produce with Miller acting as showrunner and producer. The show follows a high school reunion afterparty, with each showing the same party from another guest’s perspective.

You don’t need me to tell you why everybody in this is great, and why watching them altogether is going to be a blast. They would have to go pretty far for it to suck, is what I’m sayin’. In particular I’m excited to see Haddish and Barinholtz reunite after the underrated comedy The Oath. Apple hasn’t found a ton of success with their streaming service yet but this could be one that breaks out where others haven’t.