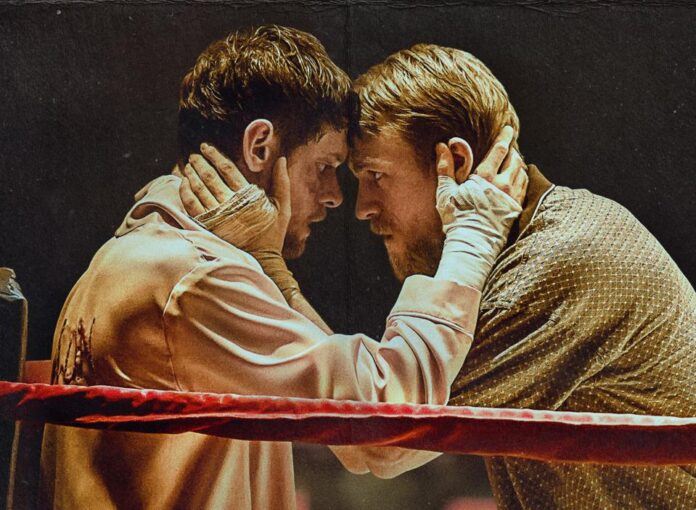 Lion (Jack O’Connell) and Stanley Kaminsky (Charlie Hunnam) are two brothers desperately trying to keep the American dream alive in Jungleland. Lion is a skilled boxer who once had a promising career that has gotten derailed. He now finds himself fighting bareknuckle for a couple hundred dollars a fight. Stanley is Lion’s manager, trainer, and promoter. The problem is Stanley is incredibly impulsive and has a big mouth, not to mention a criminal history. Stanley continuously gets mixed up with the wrong crowd and drags Lion down with him. Somehow the two always manage to get through it, but how long can their luck last? 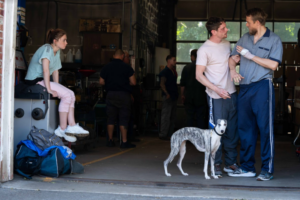 Stanley once again owes money to some shady characters – this time to Pepper (Jonathan Majors). Pepper threatens to kill Stanley and Lion unless he gets his money. Luckily for the Kaminsky brothers, Pepper has a plan. There is a bareknuckle fight out in San Francisco that pays out $100,000 to the winner. Pepper of course has a connection and is able to get Lion onto the card. There is one catch, they have to take Sky (Jessica Barden) out west with them and drop her off. Without much of an option, Stanley agrees to the terms. The three of them head out west and Sky quickly manages to form a bond with Lion. Sky’s life has clearly taken a rough turn and Lion feels for her. As Lion’s relationship with Sky grows, Stanley and Lion’s begins to reach a boiling point. 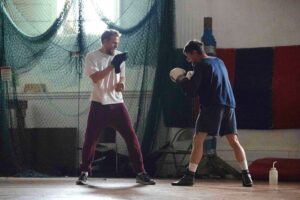 Music plays an important role throughout Jungleland. The film shares the name with Bruce Springsteen’s famous song. The song deals with the ideas of hope and despair – much like what the Kaminsky brothers are going through. While ‘Jungleland’ itself is not played during the film, director Max Winkler uses a different Springsteen song in a pivotal moment. I won’t spoil the moment, but when ‘Dream Baby Dream’ is sending a tingle down your spine, you’ll know. The film overall is full of slow and melodic music. Winkler manages to almost hypnotize the viewer with the music and shots pacing the film and the bleak and muted colors. Winkler successfully draws you into the seedy world that the Kaminsky brother’s and Sky try and navigate. A world where color and joy seem to be sucked out of everyone and everything. The crux of Jungleland may sound familiar, there are multiple films that tell similar stories. However, that doesn’t hold it back. The film is gripping and the acting across the board is fantastic. Hunnam steals the show, but Barden and O’Connell have powerful performances as well. I found myself really caring about the characters and what happens to them. The relationships between the characters are at the heart of the film, with some boxing thrown in. This isn’t a boxing movie that also deals with relationships, this is a family drama that happens to take place in the underground boxing world. There are multiple memorable moments throughout Jungleland that will stick with me long after the credits started rolling. The acting, direction, and story make this a fight absolutely worth getting a ticket to.