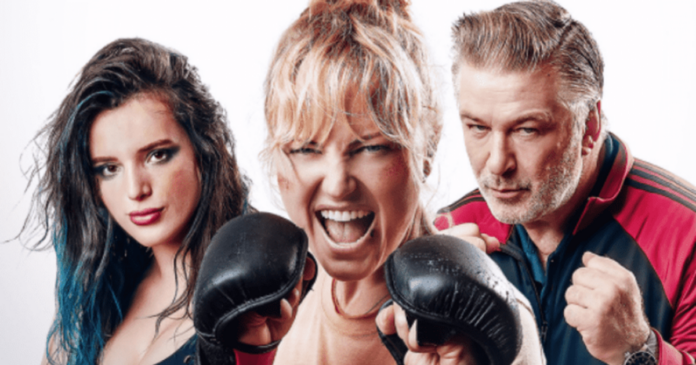 I’m not sure if there’s another movie that can go either the route of toxic masculinity run amuck or female empowerment quite like a film about an underground female fight club. Honestly, if this was 1980 Chick Fight would immediately invoke thoughts of one of those female prison exploitation films (Fun Fact: Linda Blair of The Exorcist fame starred in a number of those films). Thankfully we are in a more civilized time and Paul Leyden’s film about a woman whose life is at an all-time low, is about how that woman (Malin Akerman) begins taking control of her life through her mother’s legacy, a secret underground fight club for women to support each other and feel empowered. When Anna (Akerman) discovers the club that her mother founded she eventually is able to find her own inner power, but not before taking on the big bad. Every good fight movie has to have a big bad, and Bella Thorne fills the role here as Olivia, the sadistic and sociopathic current top-dog of the fight club. While the other women are there to fill a hole, Olivia shows up simply because she wants to kick ass, and kicking ass is something she does really, really well. So, what’s a girl, who’s never been in a fight before, to do when facing the thinner, skinner, less-Russian, Ivan Drago of her story? We’ll you recruit your own Mickey, that’s what. Anna, by way of best friend and comic relief Charleen (Dulce Sloan), finds Jack Murphy (Alec Baldwin) a has-been boxing trainer who spends his days fighting against an empty glass of scotch. 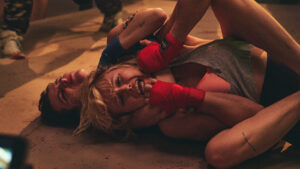 Now that description makes it seem like this is a somewhat “finding yourself” serious film…it’s not, it’s a lot of fun even if it does feel very VOD. Malin Akerman is great as Anna, and has that ‘girl next door’ thing so well down that it lets you believe the hard times she’s having. Let’s be honest, when you have a Kate Beckinsale type, it’s hard to believe that she’d every be down on her luck. Alec Baldwin, who is always good in at least some part no matter what he does really brings his pedigree in a role that didn’t necessarily need it, but definitely benefits from it. An angry, alcoholic Irishman may not be a real stretch for the life-long A-lister but hey, do what you know! His character, Jack (Murphy, not Donaghy to our 30 Rock fans) is the source of most of the films real laughs and levity which are desperately needed after some of the flat moments between Anna and Charleen, Dulce Sloan is completely likable in the role…it just feels like they spent a little less time writing that banter then they did elsewhere. Now, this is a movie about a woman finding herself, but it is called Chick Fight, so the fight scenes are pretty damn important to the film’s success. While they are uneven, there are scenes that really step up the action and hold their own against male-lead counterparts, specifically the climactic “final fight”. I’m not sure that Bella Thorne did her own stunts, but if she was on-screen for even half of the acrobatic pugilism shown by Olivia, then she’s earned a whole new level of respect from me…. that puts her at level 1 (Not a fan, sorry not sorry). 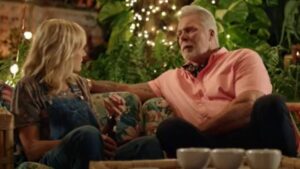 While there was definitely enough for me to enjoy watching this flick, it also has its share of problematic moments as well. One part that felt weirdly forced was the sub-plot of Anna’s father, played by former WWE Superstar Kevin Nash. It’s revealed early on that her Dad has decided to explore the other sides of his sexuality now that he’s a widower, while that itself isn’t an issue the way it’s handled treats it like a joke that I can see being offensive to some viewers, best way to put it is that it feels like how they would have treated a storyline like this in the early 2000’s or late 90’s. There’s also a very gratuitous and throw away romance/love-triangle involving Kevin Connolly (Entourage) which I don’t think we need to really even mention. Outside of that, as I mentioned earlier, the comedy in the film is spotty with some jokes working and some falling flat, while others feel like re-hashes of overdone bits you’ve seen. Finally, the soul of this film is this club and why it’s so important to these women, I would have preferred they spent time digging further into the women who attend and really getting into their stories, instead of spending so much time on Anna’s personal and professional failures. A bulk of the film is spent focused on her failing coffee house and the continued tailspin of her entrepreneurial life, this would have been far better spent getting deeper on the fighters and really making us feel the power this ring has for these women.