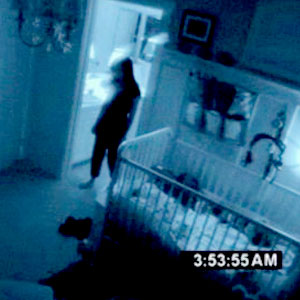 Christopher Landon has been making his mark on the horror genre throughout its many different phases. He directed one of the Paranormal Activity films while having a hand in writing multiple others, helping to launch Blumhouse with the low-budget found footage subgenre. With today’s release of his latest film, Freaky, it continues a hot streak of popular horror-comedies that really took off with the excellent Happy Death Day and its sequel Happy Death Day 2U. But now Landon is heading back home for a Paranormal Activity reboot that has been in the works since last year.

Speaking with Dread Central, Landon confirms his involvement with the Paranormal Activity reboot, and teases that a surprising name has come aboard to direct it. He just won’t say who it is!

“I’m writing the [next] movie; we’re rebooting that franchise,” Landon said. “I’m super excited about the director, but I can’t say who it is because they won’t let me. He’s a get. He’s awesome! I think people are going to be really surprised by where we’re taking this thing.”

Okay, so who is he talking about here? If we’re simply looking at directors Blumhouse has worked with in the past…well, The Invisible Man‘s Leigh Whannell would be awesome, but he’s got enough going on.  What about The Purge filmmaker James DeMonaco? That could be interesting, as well. There’s also M. Night Shyamalan, who Blumhouse worked with on Glass, and my personal favorite pick of them all, The Hunt director Craig Zobel.

Or maybe it’s somebody who has never tackled horror before and that’s why Landon is so excited?

Anyway, Freaky is available in theaters right now (you should see it) and hits VOD on November 30th.

‘Happy Death Day 3’: Christopher Landon Says Sequel Could Happen With “A Truckload Of Cash” Or A Streaming Option