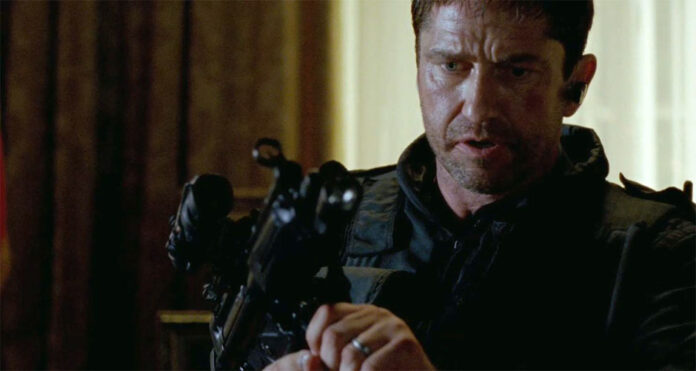 Look, nobody is going to tell you that Gerard Butler’s ‘Fallen’ action flicks are high art. But whatever one thinks of Olympus Has Fallen, London Has Fallen, and the best of them all, Angel Has Fallen, these movies make money and people love Butler as Secret Service dude Mike Banning. And so the franchise isn’t going anywhere any time soon.

THR reports that Butler has agree to return as Mike Banning in Night Has Fallen, which will reunite him with Angel Has Fallen director Ric Roman Waugh. Unfortunately, there aren’t any plot details but we can assume Banning will be called upon to save the President, save the World, save something. Robert Mark Kamen will once again pen Banning’s latest mission.

The previous film saw Banning rise to the rank of Secret Service Director. It’s unclear who else will be returning, such as Nick Nolte as Banning’s estranged father, or Morgan Freeman as President Allan Trumbull.

The ‘Fallen’ film franchise has combined for $523 worldwide with a combined budget of $170M. And that’s why these movies won’t be going away, and may have multiple sequels and TV spinoffs in the future.

‘Greenland’ Trailer: Gerard Butler Tries To Save His Family From An Extinction-Level Event