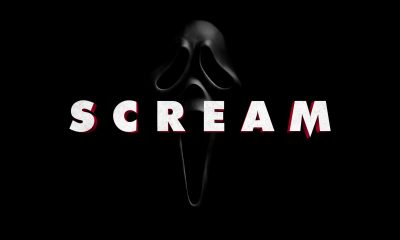 Celebrate! Filming has wrapped up on the fifth movie in the Scream franchise, which will see Neve Campbell, David Arquette, and Courteney Cox return to face the renewed slasher, Ghostface. Producer Kevin Williamson dropped a celebratory tweet, one that not only reveals the official movie title, but the release date.

We’ve got a little bit of a wait.

The film from Ready or Not duo Matt Bettinelli-Olpin and Tyler Gillett is titled simply Scream, which makes sense. While definitely a sequel to the four previous films by the late Wes Craven, it also serves as a soft reboot with a mix of characters old and new.

That’s a wrap on Scream, which I’m excited to announce is the official title of the next film! Nearly 25 years ago, when I wrote Scream and Wes Craven brought it to life, I could not have imagined the lasting impact it would have on you, the fans. (1/3) pic.twitter.com/RCuhVUclG4

Spyglass and Paramount Pictures have confirmed Scream will be released on January 14th 2022. The plan had always been for it to arrive in the early part of the year.