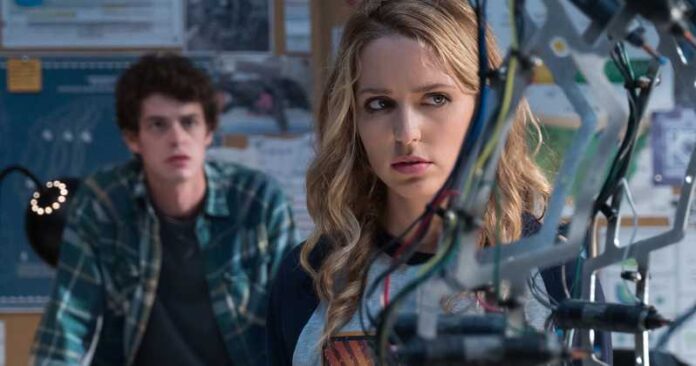 A third Happy Death Day film is something Christopher Landon is going to keep getting asked about. He seems to recognize that, even as he promotes his latest release, the body-swap film Freaky. But at least for now, Landon says the only way we’ll see another sequel to the time-looping horror/sci-fi/comedy is with a whole lotta money. So maybe a streaming service like Peacock would like to chip in?

“I need a truckload of cash, if you could just find that for me, I’ll send you my address, you can just drop it off. I get this question a lot and I know that there’s a huge fan base and there are a lot of people who want to see the conclusion, as I would say, to the trilogy. I think it really comes down to Universal deciding whether they want it or not, only time will tell. We’re ready to make it. Like, I have an outline, I’m ready to go write the script, Jessica Rothe, the whole cast, everybody’s on board. They all know what the idea is, they love it, so we’ll see,” Landon told ET.

A problem is the Happy Death Day films weren’t exactly bank-breakers, even if they were critically-acclaimed. The first one did extremely well, earning $125M back in 2017, but the superior sequel Happy Death Day 2U, made roughly half that. Landon goes on to tease that a streaming service like Peacock could be where a new film ends up…

“I think that everybody wants it, but I think it’s just a logistical challenge right now. And there’s been talk that maybe they would try and make it for their new streaming service, for Peacock, so I think there’s a real shot that it could eventually happen. And the great thing about the idea is that, and this is a spoiler, it’s not set in the same day that the other two films were set in so it allows us to sort of take our time a little bit and figure it out.”

Two good things have come out of this. There is still a chance of a new Happy Death Day film, so that’s something to hang on to. But I also like that Landon has already come up with a story outline and that it promises something a little different. Only makes me want this to happen even more.