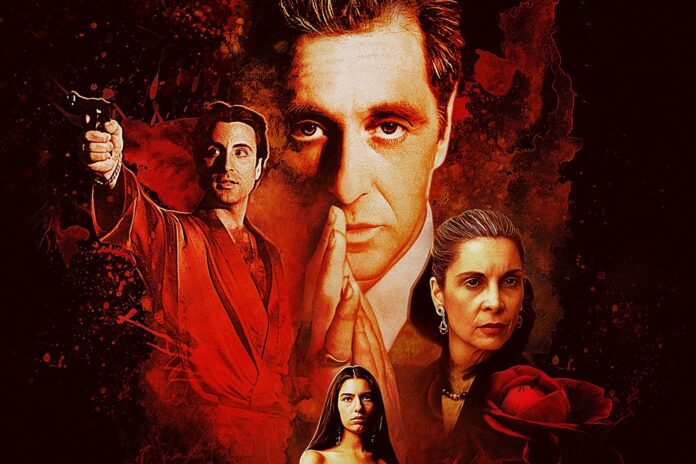 While The Godfather I & II are stone cold classics, the same can’t be said of The Godfather Part III. Arriving nearly two decades later, the film never connected in the same way and seemed like a wasted effort from Francis Ford Coppola, something he felt obliged to do rather than any particular need to wrap-up the Corleone saga. Coppola isn’t a filmmaker known for leaving even his best movies alone. He tinkers with them constantly; and so it was perhaps inevitable that he’d get around to The Godfather Part III.

Recently, we learned Coppola was preparing a new cut of the gangster epic, and now we have a trailer for the newly-titled (*deep breath*)Mario Puzo’s THE GODFATHER, Coda: The Death of Michael Corleone. Doesn’t exactly roll off the tongue, does it?

So what’s different about this cut? The runtime is shorter, down ten minutes from the 162-minute length, although Coppola says what he took out was significant. Perhaps some of what he cut are scenes with his daughter, Sofia Coppola, whose casting was heavily criticized right from the start? Al Pacino, Diane Keaton, Talia Shire, Andy García, Eli Wallach, Joe Mantegna, Bridget Fonda, George Hamilton, and the rest are all there to tell the final chapter of the Corleones as Michael, head of the family, seeks a worthy successor.

Mario Puzo’s THE GODFATHER, Coda: The Death of Michael Corleone hits select theaters on December 4th, followed by a Bluray and digital release on December 8th.