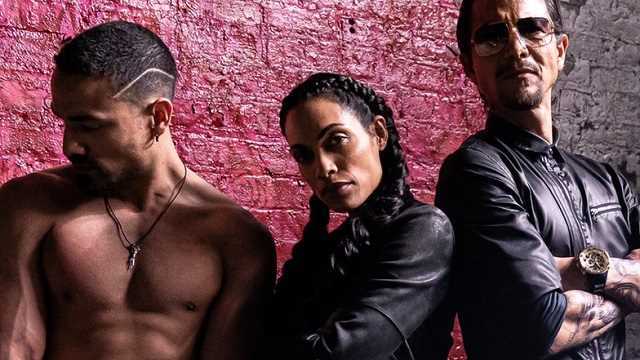 Fans of Rosario Dawson (And who isn’t, honestly?) might be eager to finally see her as Ahsoka Tano in The Mandalorian, but she has another high-profile series coming up for HBO Max and Ava DuVernay. The first images have been revealed from DMZ, based on the popular DC Comic by Brian Wood and Riccardo Burchielli, giving our first look at Dawson and how she fits into DuVernay’s “vision” of the show.

Sure am! Here’s what our vision of #DMZ looks like. More to come. Let’s go! https://t.co/QWXRQyFmz5 pic.twitter.com/Q2RRrXfPr0

DMZ is set in the near future in the wake of a Second Civil War that has turned Manhattan into a demilitarized zone between the United States of America and secessionist Free States of America. Dawson plays fierce medic Alma Ortega, who saves lives while constantly searching for the son she lost at the start of the conflict.

Also in the cast are Benjamin Bratt as Parco Delgado, the populist Governor of the DMZ. Hoon Lee, Freddy Miyares, and Jordan Preston Carter co-star. DuVernay will direct the pilot and exec-produce, with Robert Patino writing all episodes.

‘The Mandalorian’: Ahsoka Tano Finally Gets Her Own Poster, Dave Filoni On Her Link To Baby Yoda