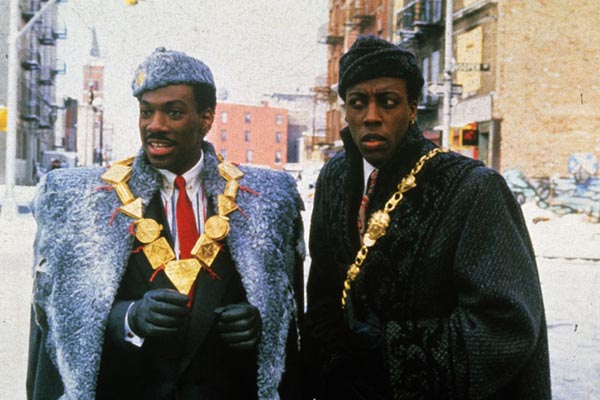 It’s official: Prince Akeem is coming…to Amazon. We learned about a month ago that Paramount Pictures was unloading yet another film to streaming, this time the long-awaited sequel Coming 2 America, to Amazon. Now the deal is complete as part of another announcement that it will move from December 18th to March 5th 2021.

The Eddie Murphy comedy reunites the cast of his 1988 classic about an African prince who made his way to America to find a wife. The sequel finds Akeem, who is now king of the nation of Zumunda, returning to the States to find the son he never knew and get him ready to be the crown prince. The film is directed by Craig Brewer, best known for Hustle & Flow and Black Snake Moan.