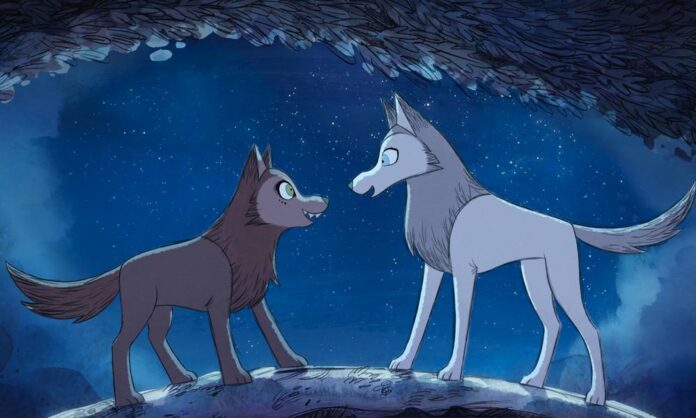 Up. Big Hero 6. Coco. What do these three movies have in common? Yes, they’re all Disney or Pixar, that’s true. But they all won Best Animated Feature at the Oscars, and in so doing defeated all three films by Cartoon Saloon: The Secret of Kells, Song of the Sea, and The Breadwinner. The studio is 3/3 in scoring Oscar nominations, and now they’re hoping the fourth time is the charm with Wolfwalkers, which has some serious muscle behind it.

Wolfwalkers centers on Robyn (voiced by Honor Kneafsey), a young hunter who journeys to Ireland with her father to wipe out the last wolfpack. But Robyn soon befriends Mebh, a girl who is member of a tribe that takes human form during the day and rules the forests as wolves at night. When Robyn uncovers a secret that brings her closer to the pack than ever, she risks becoming the very thing her father seeks to destroy.

Debuting at TIFF, the film earned rave reviews and was acquired by Apple. That they’re releasing it in theaters on November 13th and on AppleTV+ on December 11th shows hopes for a shot at the Academy Award. Given Cartoon Saloon’s track record, we can probably pencil them in now.

Wolfwalkers was just announced to be part of the Middleburg Film Festival lineup, which runs from October 15th-18th. Look for my review soon.