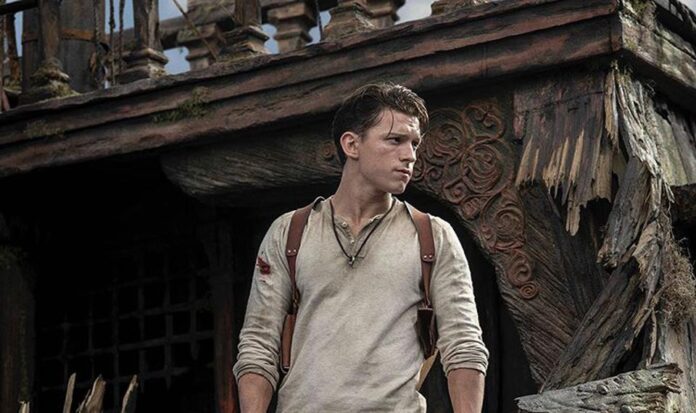 So the Uncharted movie is actually happening. That may be a very simple statement, but the journey has been a long, difficult one for the video game adaptation, which has gone through years of trouble just finding a director and star who would stick around. Well, Tom Holland has stuck around, and today not only do we get our first look at him as young Nathan Drake in the film, but we get to see him alongside the guy who made the character famous.

This morning, video game studio Naughty Dog revealed this image of Holland meeting actor Nolan North, who brought Nathan Drake to life in the bestselling Uncharted video games. North is something of a legend when it comes to playing popular game characters. He can be seen right now as Iron Man in the Marvel’s Avengers game.

The adventure begins. “Meet the shadowy future without fear and conquer the unknown.” – Ferdinand Magellan pic.twitter.com/EKonOZax3K

That was followed by a promise from Holland to reveal the first official still from the Uncharted movie, and he hasn’t let his fans down. In the image below, Holland is dressed in the familiar Drake duds, ready to take on one of his earliest adventures.

The film takes place before events in the video games, as Drake teams up with fellow fortune hunter and mentor, Sully, played by Mark Wahlberg. To get an idea how long this movie has been in the works, Wahlberg was originally set to play Drake. Yeah, it’s been that long. Don’t even get me started on the number of directors who have come and gone.

Ruben Fleischer (Venom) directs Uncharted which is due to open on July 16th 2021.